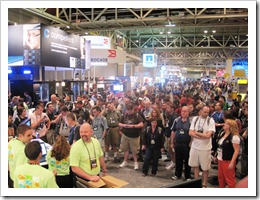 So much going on, so little time for blogging. Isn’t that always the case when life is so busy? The children (blogging, articles, email) always seem to suffer the most. TechEd in

New Orleans was a blur. I’ve posted quite a few photos over on Facebook, but basically I spent a week standing at the booth, doing demo after demo and talking to people. Don’t get me wrong; I had a great time, but my feet are still sore.

A week after announcing echoTechnology’s acquisition by Axceler, the equally big news was the introduction of our latest product, Davinci Migrator for SharePoint 2010. It was the first time we revealed our latest technology to the world, and feedback was fantastic. Having seen the competition, I can honestly (and humbly) say 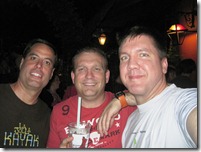 that Davinci sets the bar for migration platforms, including robust planning tools, a powerful discovery engine with QBE (query by example) interface, pre-migration analysis and reporting, and the ability to do both granular and entire-site migrations from 2003 and/or 2007 to SharePoint 2010. A product datasheet is available online here.

Amidst all the conference chaos, I was able to escape with Joel Oleson and Chris McNulty and head over to the well-attended inaugural New Orleans SharePoint Users Group, where Joel and Michael Noel were on hand to talk technology and encourage people to participate in their local community groups. I am a huge advocate of the local community groups. Which leads me to… 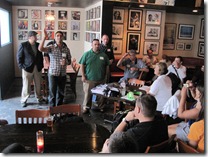 SharePoint Saturdays are expanding to new areas, and growing larger in existing areas. Later this month I will be speaking at SharePoint Saturday Tampa, once again covering the topic of Metadata, Taxonomy, and Social Media in SharePoint. I am excited to attend and meet more of the SharePoint community, both speakers and attendees – plus, it’s my first time to Florida. Looking forward to the adventure.

In September, I am co-chairing the SharePoint Saturday East Bay event on 9/11, to be held at the Marriott in San Ramon, CA, working with Michael Noel to bring the bay area it’s second SharePoint Saturday (last one held in San Francisco). I’ll be spending a week in California, pulling together events in San

Francisco, Sacramento, and Orange County with several SharePoint experts and MVPs, and leading up to the as-yet-officially-announced SharePoint Saturday LA event (location still being locked down).

If you’re interested in attending (or speaking) at one of these SharePoint Saturday events in September, please drop me a line!