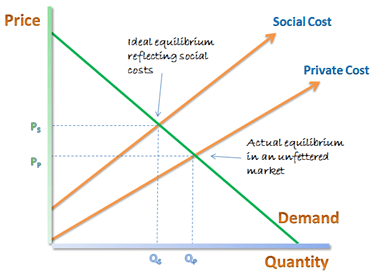 Funny what you find when you clean out the office. While still at Microsoft, I usually had 3 or 4 books checked out of the wonderful Microsoft library, and as is my habit, I jotted down several notes from my reading – some of which I tried to incorporate into my work (presentations, team building) or blog about. While organizing my office closet at home last week, I came across some scribbled notes on the back of a scrap of paper with several quotes and ideas captured from James Q. Wilson's 1989 book Bureaucracy. This is part of my ongoing personal studies in social informatics, and I thought I’d file this under “great quotes”:

In his book, Wilson repeatedly mentions Ronald Coase and his 1937 paper 'The Nature of the Firm' regarding the value of the hierarchical organization, in which Coase identified that while workers could contract with each other in a market, a completely open market for labor would underperform a hierarchical model due to the high transactional costs of establishing each relationship. Hierarchies had fewer relational transaction costs and therefore work could be done more economically.

Wilson points out that professionals becomes gatekeepers, simultaneously providing and controlling access to information, entertainment, communication, or other ephemeral goods. He talks about reaching below the "Coasean floor" using social networking platforms, where crowdsourcing can solve problems or tasks at a lower cost (sometimes free) than any business could perform.

He describes three types of social interaction through those platforms: sharing, cooperation, and collective action. Sharing is easiest, because nothing is invested.

"All group structures create dilemmas, but those dilemmas are hardest when it comes to collective action, because the cohesion of the group becomes critical to its success."

It’s interesting that the most powerful sites for social activism seem to coalesce around sharing platforms (Facebook, Twitter, MeetUp) rather than those that specifically focus on collective action, as the latter require high human capital costs (a certain number of participants to make anything happen) whereas the former sites take no human capital to get something started. On the flipside, you never know what suggestions may inspire action from a sharing platform, but a collective action has a specific – and predictable – outcome if the people are there to support it.

Bureaucracy is a good read, and I recommend it alongside Chris Anderson’s The Long Tail, Malcolm Gladwell’s Outliers, and Albert-Laszlo Barabasi’s Linked.