Microsoft will dominate the tablet space, as well

How many years now have we been hearing that Microsoft was about to wither and die, either shrinking down or going away in some categories altogether? And then what happens? They expand and grow, make record profits, and extend their dominance in many of those categories. Look, I am no fan-boy for all things Microsoft. I believe they get some things flat out wrong, and in other areas take 4-times as long 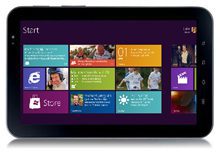 to get it right than they should have. But don’t make the mistake that Microsoft has already lost in the tablets wars. Don’t believe it for one second.

In an article on Business Insider yesterday, Dan Frommer stated “not only is Microsoft entering late, but it’s starting from scratch, both in terms of software and market presence. Because of that, it missed the chance to structure the industry’s economics in its favor. And that doesn’t bode well for a Windows-style business model.”

He then goes on to discuss some suggestions on ways that Microsoft could make more money around the tablet business, but the ideas are entirely skewed toward Apple’s perspective of the tablet market – and I think misses the mark.

I believe we live in a hybrid world, where desktop PCs will not go away, but work closely with other user interfaces. And that’s where Microsoft will dominate – your desktop moving seamlessly between desktop, tablet, and mobile. That’s the vision Microsoft is building upon, and one which people will quickly embrace as the software becomes available. We’re already accustomed (spoiled) on the multiple monitors, but being able to identify and utilize multiple formats based on proximity – and through the cloud – will help Microsoft with the economics of Windows and Office. OEM licensing will be paid for through the devices purchased.

Many of the tablet predictions provide a two-dimensional view of the market, as if people will rely on a single device. As the technology becomes faster and more portable, people are adding more and more devices. While the cost per device may come down, I believe the revenue per user may actually increase within most sectors.