Starting a Community is Hard

<reflecting>Sometime in early 2002, I was working for a startup in Redwood City, California, and was approached by some folks I had met in the technology community about creation of a non-profit. After a couple discussions, I agreed to join the little cabal 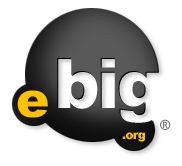 and the East Bay IT Group (eBIG.org) was born. We had a little bit of funding, use of some part-time technical resources to build a site, and passion. The idea was to bring technology events and coordinated user groups to the San Francisco east bay. We were tired of driving into the city or down to San Jose to attend interesting events. We wanted something close by. But the established groups had no interest in hosting activities so far from their safety zones. So we did it ourselves.

Months later we had our 501c3 status, a website, and a plan. I went door-to-door in Pleasanton, Livermore, Dublin, San Ramon, Danville, and Walnut Creek on weekends and available afternoons to pass out information, meet local business owners, and build the brand. We faxed, emailed, and called people. We attended regional events, had lunch with bankers and lawyers and venture capitalists. And we reached out to established user groups and sold them on the benefits of folding their brands into a centralized organization. By 2004, our membership was over 4,000 and I was running a collaboration user group at Hurricane Electric in Fremont, and a software-as-a-service user group at a Hewlett-Packard location in Pleasanton. I was co-hosting networking events almost monthly, special topic events with guest speakers on a regular basis, and was doing my best to connect members with investors, bankers, and technologists from my rapidly expanding professional network. By 2007, we had over 10,000 members, and merged our non-profit with another, and a new management team took over. Unfortunately, earlier this year the organization finally shut down operations.

Starting (and maintaining) a community is hard. Not many of us are out there with feet on the pavement, making connections from the ground up as we did with eBig. Building community around your own products or services takes commitment and consistency. You cant just blow into town, spend a bunch of money, and expect things to work out. It just doesn’t work like that. People will identify your inauthenticity, and call you on it. They’ll eat your free jumbo shrimp and take your free t-shirts, but they won’t stay to buy, nor respect your message.

I’ll say it again — starting a community is hard. You need to be authentic. You need to be consistent. You need to be bold and interesting, and above all, passionate about what you’re doing, and how you do it. And you need to be there, week after week, month after month, year after year. That’s how you build the trust. Showing up is 95% of it.

It’s been 4 years since I wrapped up my role with eBIG, but I’m proud of what we were able to build. I made some great friends, and continue to work with my former co-founders (I sit on the board of the non-profit wing of their company — StoryOfMyLife.com). But what I really value are the intangibles of my time with the company: learning to market without money (we were a non-profit, after all), negotiating partnerships and funding, and networking networking networking. I wouldn’t change my experience with eBIG for anything. </reflecting>