When I joined Microsoft in 2006, it was at the tail-end of SPS2003, and organizations were preparing to make the move to MOSS2007. My team (which changed from MMS to BPOS-Dedicated to what is now Office365-D) was responsible for migrating internal 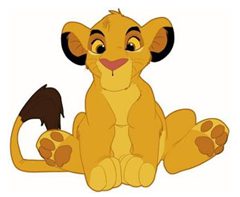 Microsoft environments to the new platform, as well as building out a hosted platform for external customers. What was interesting about joining the company at that time was seeing the change in focus around content and community interest. In early 2007, I presented a session at the Microsoft internal conference TechReady4 with teammate Joel Oleson on the importance of governance.

And then MOSS2007 was released, and all chatter about governance, planning, and common sense was pushed to the back burner, replaced by the shiny new bells and whistles of new 2007 features and functionality. Suddenly, every expert was talking about “what” and nobody was talking about “why.”

In late 2009, I joined small SharePoint ISV echoTechnology (now part of Axceler), and started again writing about what I know: deployment, planning, strategy, and the importance of governance. Leading into the release of SP2010, the dialog within the community was clearly shifting toward the business value topics, and the need for alignment between corporate and platform governance.

And then 2010 reached RTM, and we were back swimming in feature-based content.

Clearly, there’s a pattern here. Of course there will be an emphasis on features after each new release, because people want to know what is new, how these new and updated features work, and want to get the most value of of their SharePoint investments. But it’s unfortunate that some of the common sense around planning and governance seems to get lost with each cycle of renewal.

Of course, I do think the cycle has shortened this time around. Both Microsoft and the expert community were much quicker in moving from pure technology conversations back to business drivers. The difference, I believe, is the shift within Microsoft away from a focus purely on net-new product licenses toward adoption of existing licenses. One of the reasons SharePoint grew so quickly was because the free version (WSS, now Foundation) was bundled with so many SKUs. Purchase any Windows server license, and SharePoint came with it. It was the equivalent of getting a free box of Gobstoppers with every popcorn/drink combo at the movie theater.

Most organizations had the platform, but a huge portion of those licenses were going unused. And while I was on the MMS/BPOS team, my impression was that my management chain couldn’t really care less about this metric. But that has changed. Product and service management teams now have metrics that tie directly to user adoption, which is a good thing for Microsoft (think license renewals) and for customers (more of a focus on productivity). Case in point: the last SharePoint Conference, held in Los Angeles, had no new product announcements (except for a really cool Denali demo). The theme? Productivity Delivered. And it was an excellent conference.

My point here is that we’re coming up on a new SharePoint release, and we will most definitely will go through this cycle again. Scan the various SharePoint portals and aggregate news sites today and you’ll see plenty of business-centric content about SharePoint (as well as solution-centric content, which seeks to apply feature-based information to business content). Very soon it will all shift to the new bells and whistles. It’s all part of the SharePoint circle of life.

What should you do? Be patient. Ask your partners and vendors to help you understand the business value of the new features. I suspect the cycle will be even shorter, because the maturity of the product and the needs of customers will demand it. Just my two cents.