Talking Social and Productivity in Berlin

At last night’s SharePoint User Group at the Microsoft offices in Berlin, hosted by Michael Greth (@mysharepoint), I gave two presentations: the first on the results of the AIIM.org survey results (my slides here), followed by my overview of the top 10 (according to me) productivity enhancements in SharePoint 2013 (slides here). What I enjoy most about giving these kinds of talks is the conversation that springs out of them. During the break in between sessions and following the event, much of the conversation turned to end user adoption and the role of social. 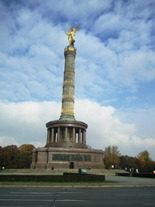 It’s always interesting to present these two sessions together — the AIIM survey provides an excellent platform for talking about SharePoint 2013 by walking through the responses of almost 500 SMB and enterprise customer responses on the successes and failures of the 2010 platform. At the end of each segment, I then provide my own analysis of the data, which I correlate to data from last year’s Forrester report on SharePoint 2010 adoption (shared at the 2011 SharePoint Conference in Southern California) and Axceler’s own surveys around SharePoint governance and planning, with close to 1000 responses.

The common thread through all three surveys is a recognized lack of focus around the end user experience, and even broader than that, a general lack of planning around most SharePoint deployments. Again and again I see examples of complacent planning — the idea that SharePoint can simply be installed on some servers, end users added via Active Directory, and go. Far too many companies believe SharePoint can be deployed on auto-pilot. The end results, as Microsoft has begun to realize themselves, is that there are a

massive amount of licenses out there that are not being used.

There are two problems here: first, organizations that receive SharePoint when purchasing other server licenses. Microsoft counts them as purchased, which goes against that fact that everyone has heard about SharePoint being the fastest selling server product in Microsoft’s history — however, what we don’ know is how many of those organizations actually wanted SharePoint versus receiving it bundled. That is going to affect adoption, for sure. But the second problem — and the one I am trying to address through presentations on productivity — are for those organizations where SharePoint is wanted, and yet adoption seems elusive.

In my session, my strongest case for improving adoption is around tying your SharePoint strategy to business objectives. The more you are able to show your end users (and your executive team) how SharePoint aligns with and solves business needs, the more likely people are o use the platform. But just behind that reasoning is the user experience itself….which is where social comes in (I was eventually going to get there, people).

Social, as you know, is not just about instant messaging and sharing photos of LOL cats with people you knew from elementary school. Social is increasingly the way that we are communicating within the enterprise. As I stated last night repeatedly, social is just another, albeit extremely important, layer of the search experience. I shared the example of someone from my project team uploading a document. I may follow the person, and immediately see his upload on my activity stream. I can click on the document, review it and comment (depending on permissions, of course), and then Like it, rate it, share it, and comment. As I discuss the content, others who follow me will see my interaction with the document (if their permissions allow them to see it) and can join the conversation. As we add tags and conversation around that content, it makes that document more relevant and "findable" by others within the environment. Double-blind taste tests have shown that two documents with equal relevance, uploaded at the same time and with the same initial tags and naming scheme will, in practice, appear in the same search results. But if one of those documents has had social interaction around it, it will improve in its relevance, while the other will slowly fade into obscurity. That is the value of social: adding relevance to content through interaction and conversation, which improves metadata, which improves search relevance, which improves the user experience within SharePoint.

If you think this is a long-winded way of saying "tag your content," you’re probably right. But its my soapbox, and I can drone on if I want to.

Just arrived in Munich, and now I’m off to a lunch meeting.