Thoughts on Yahoo’s Decision to Nip and Tuck WFH

This whole dialog around the work-from-home (WFH) "controversy" stirred up by Yahoo's Marissa Meyer is fascinating. Honestly, I've not been following the story too closely to know whether Yahoo has followed up with more details about their decision, out (shockingly) I do have an opinion. Having worked in the collaboration space for the past 12 years or so, it has been a topic that has reared its head a few times. Even before I worked in the space, I was at Pacific Bell during a time when they were building out "hotel space" within their San Ramon, CA headquarters, allowing teams to decide which roles/employees could work from home, but providing a "touch down" space where those team members could come in, plug into the network, access phones and printers, and join in physical meetings with peers and customers. The hoteling model allowed teams to better manage the 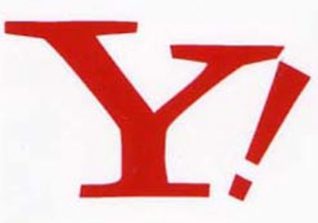 footprint of their teams – at the time, most teams at Pacific Bell were looking for ways to reduce their internal costs of space, and at the same time, trying to come up with flexible work models to stay competitive with all of the startups springing up in the San Francisco Bay Area, many of which offered much more flexible working schedules. At the core, however, managers were responsible for deciding which workloads could be performed by telecommuters, and which employees were eligible.

While working for E2open, helping them to create their Collaboration Manager platform (a SharePoint-like tool for high tech and manufacturing companies, linked into their supply chain platforms) with integrations with Webex and other tools, the policy of the company was that all employees needed to be in the office. We were creating a collaboration platform, but had a policy that people could not work from home (like most companies, that policy could be overridden by a manager). And I largely agreed with that decision. Sure, there were days where my entire schedule was back-to-back-to-back conference calls, and there was no real reason to physically drive into the office. I grumbled a bit on those days, but for the most part, it made sense for our company culture (dynamic, growing, collaborative) that we were all on site, and WFH was the exception, not the rule.

After E2open, I consulted for Hewlett-Packard for a year, helping them build out and deploy their supply chain collaboration platform. HP was, at that time – and may still be, I don't know – one of the most supportive companies for the WFH model I have ever come across. Funny story: after sitting in an office in Palo Alto for more than 9 months, a buddy of mine reached out and asked about a college roommate of his who worked for HP, wanting me to track the guy down for him. I sat in an ocean of cubicles that remained largely empty throughout the week, with most of my team distributed across a couple different buildings, and had no idea which teams were represented around me. So I went into the internal portal to track him down, finding out that his team operated out of Colorado, but that he actually lived in Southern California. So here was a guy living in SoCal, working for a group based in CO, with a desk in Northern CA…….a desk which was located LITERALLY behind the cubicle wall from me. And in 9 months, I had never seen/met the guy. Ok, this may be an extreme case, and don't get me started on the inefficiencies in having employees with office space that they never use….but my point was to illustrate (poorly, I'll admit) that HP has been a strong supporter of the remote worker model.

While at Microsoft, I managed a team for a couple years and would often work with my directs on a flex schedule that allowed them to work on certain projects and/or deliverables from home. My policy was simple: you know what needs to be done, you have delivery dates. Get your work done, and stay connected, and I don't really care if you're in your cubicle or an hour away. However, some directs were simply unable to make the model work, and so I rescinded my WFH offer. One incident that stands out in my memory was a guy who just dropped off the radar. He didn't respond to email, wasn't on IM, and was slow to respond to his cell phone. It became clear to everyone that he was not actually working – and as his manager, I had to quickly reign him. But this was the exception, in my experience, and honestly — that employee didn't last long at Microsoft (I had inherited him from another team, and he was soon after "managed out").

Where the WFH model works is where deliverables and the lines of communication are clearly defined, and there is accountability to those using the model. If I can't reach you, if due dates are not being met and deliverables not completed, it may need to be reigned in.

So it's interesting to hear the pundits and random individuals lash out about the news of Yahoo's decision to revoke WFH options. On the surface, it does seem that Yahoo CEO Marissa Meyers is reducing flexibility with this decision. But my take is a bit different: Meyers is very much a data-driven executive, and I'm sure she's looked at the numbers, weighed the options, and entered into this decision fully aware of the implications, both for productivity and to company culture. My gut feel is that she has made this decision for a reason – that there is widespread abuse, and not enough accountability. If not – if Yahoo employees are the most productive and efficient WFH followers on the planet, then this decision will have massive cultural repercussions. Honestly, I just don't see that happening. Quite the contrary, my sense is that we're going to see a turnaround in Yahoo's innovation and output. Time will tell. A great quote from TheVerge.com:

The message and the mission of the new directive was clear: to help a badly ailing company with poor morale to re-engage. She made the decision after discovering that many remote employees were not logging into the company's intranet. Whatever they were doing at home, it wasn't work.

Is it odd that a collaboration platform guy is siding with the anti-WFH decision? I don't think so. I'm a business person more than a technologist. Just because you CAN work from home does not mean you SHOULD. Ultimately, you need to do what makes sense for your business. I am loathe to remove any tools from a managers tool belt, including WFH options where it makes sense, but the program must be monitored, needs to focus on accountability, and must be regularly reviewed and assessed to make sure value is being created. That's my two cents.