For those who missed it, I hosted my company's second official tweetjam this week, asking our panel of experts to discuss the need (if they agreed that there even was a need) for aligning Enterprise Content Management (ECM) and social collaboration strategies. If you’ve never participated in one, a tweetjam is generally an hour-long conversation done entirely through Twitter feeds using a shared hashtag (in our case, #CollabTalk) and answering a series of questions (most of the time) being fed to the discussion by a host (in this case, me). 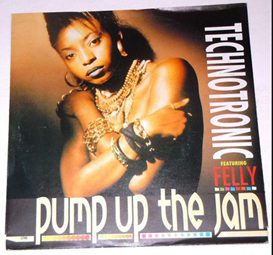 During this event, I asked our panel – and the 50+ other people who joined the live event – questions about how social is impacting their culture, whether they felt ECM was being displaced, and how all of these changes were affecting end user engagement. You can find a summary of the event and some of themore engaging answers here. But that wasn’t really the point of this post – just to dig into the event I hosted yesterday. The point was to talk about this new medium for rapid-fire data crowdsourcing.

I did get some grief from a couple folks about using Twitter and not holding the event in Yammer. The answer to that is simple: we didn’t want to close off the conversation to a Yammer silo, which would be limited to only those people within our Yammer network. But whether you use Yammer or Twitter or Tibbr or whatever – also not the point.

For years I have used surveys to capture data, which can be slow and inflexible, because the number of questions you ask directly affects the number of responses you receive (ask too many questions, make the survey too long, and people won’t participate). And with surveys, it is very difficult to ask follow up questions, or to get clarification on answers. Workshops, webinars, or one-on-one interviews are great for getting to that detail, but you are limited to the audience in front of you – you don’t have people joining based on their passion/interest for a topic, adding to the discussion.

The tweetjam model is a fantastic way to quickly generate a tremendous amount of content, no doubt about it. As an evangelist and industry analyst, it is very much like drinking from the content fire hose, and my team is taking full advantage of this method to quickly capture audience sentiment and gather data about important topics of the day. Within the enterprise, using a tool like Yammer allows you to do the exact same thing, but in a controlled way (just you internal environment). My company's product team, engineering teams, IT team, and even our HR team have used Yammer to pose general questions and to drive engagement from across the company, rapidly gathering opinions, posing clarifying questions, and then sharing out the results (and asking for comments to the results).

The point of this post isto provide more or less an observation of the evolution of the tools that we use. TweetJams are popping up all over the place. In fact, I was invited to participate in two additional tweetjams this week, one occurring at the same time as the one I hosted for my company. And then I participated in a #SPChat event over on the SharePoint-Community.net site (slightly different model where it was people asking me questions, but open to the entire community and in real-time). It was this flurry of tweet activity that prompted this post.

Oh, and this model has created an entire supporting tool ecosystem. For example, we registered our hashtag through a site called Twubs (http://twubs.com/CollabTalk to be exact) that provides a single stream of all of the dialog, allowing participants to use the site and automatically append each tweet with the #CollabTalk hashtag so that it all remains connected. There are also tools like TweetReach and TweetArchivist to record all of the conversation, plus relevant metrics, like number of participants, keyword and hashtag analytics, network reach (how many people were exposed to the conversation through their Twitter relationships), and depth of exposure – all data that can be difficult to capture through traditional survey methods.

Are you using Twitter, Yammer, Tibbr, or something similar to host tweetjams? Is there anything you’re doing differently? What is working, and what other tools have you found in the ecosystem? I’d love to hear more about what other people are doing.