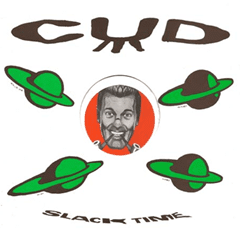 It was during my freshman year of high school that I recognized certain patterns in my own study habits, and, thankfully, had a conversation with a school counselor about it who just happened to be a psychology and leadership development junkie, much as I am today. I found that my level of comprehension and retention went up dramatically as I was able to break up my studies into chunks, and divide myself across those topics and activities. My counselor described it as being similar to muscle development: as you work one muscle to fatigue, instead of stopping to rest, you quickly move to an opposite muscle group, thereby keeping the overall heart rate up while giving the primary muscle group rest. I love this concept – the idea that I can rest one side of my brain, while engaging the other, and in the process get a whole lot more accomplished.

Admittedly, not everyone was a fan of this theory. My mother didn’t understand how I could have the television on, a mix tape playing, and a couple open books in front of me, and get anything out of it. And yet somehow I managed to get four years of high school condensed into 2 years, and get accepted into a couple major universities at 15. So something about the theory seemed to work for me.

Even now, I have Spotify running a levels at which I’m sure the neighbors can follow along with the lyrics, scanning online and print reference materials, writing this post while also monitoring and answering both emails and tweets. It’s how I work.

It was that spring 1985 conversation with my counselor that came to mind when I read Matthew May’s article in strategy+business entitled Six Secrets to Doing Less, which is, for all intents and purposes, just an extension of Covey’s time management matrix, in my mind. May’s idea is that innovation succeeds best when you remove all distractions:

It’s the art of subtraction, defined simply as the process of removing anything excessive, confusing, wasteful, hazardous, or hard to use—and perhaps building the discipline to refrain from adding it in the first place.

Now, for the observant reader, you’re probably thinking “Hey, wait a minute. The author is talking about removing distractions, and you’re talking about multi-tasking to the nth degree.” In my ADD/OCD/workaholic world, I am breaking down complex activities into their sub-components, simplifying assignments and projects into a more “consumable” pieces, which I am in the habit of tracking through detailed checklists. Hey, don’t knock it – it works for me. So in my mind, I am removing the excessive and confusing for each project, similar to what the author describes – and then my habits kick in, and I move between consumable pieces across multiple projects. I think my marketing team gets frustrated with me at times that my content output comes in waves – usually because I’m writing several articles at once, based on what interests me and the ideas that seem to “click” in my mind.

While I think there are great ideas across all six of May’s innovation strategies, the last two points stood out the most to me. Here’s his full list (read his article for the full text behind each):

Initially, #5 really stood out to me, and brought up the memory of those conversations with my school counselor, because I found success – and innovation – by following a style and a path that was counter to how just about everyone else studied. Thankfully, I had someone there who recognized that how I processed information, and generated my most creative ideas, was contrary to how most US schools expect their students to learn: quietly, together, with a lot of memorization. Instead, I was encouraged to focus on my design and artistic outputs as a counter-balance to the more formal subjects, and often found innovation through seemingly unrelated activities.

But then the quote in #6 cemented my own personal experience:

Neuroscience now confirms that the ability to engineer creative breakthroughs indeed hinges on the capacity to synthesize and make connections between seemingly disparate things. A key ingredient is a quiet mind, severed for a time from the problem at hand.

For me, cognitive dissonance is not so much about conflicting inputs, but in being forced to focus on a single input at one time. That drives me crazy. Much like the development of opposing muscle groups, moving between topics and my “consumable pieces” allows me to find equilibrium – and better innovate.

Btw – for those unfamiliar with the image above, its from one of my all-time favorite bands, Cud, which never saw much commercial success. I can’t hear someone utter the word “slacker” without thinking of the infamous Cud song “Slack Time.”