The Speed of cloud 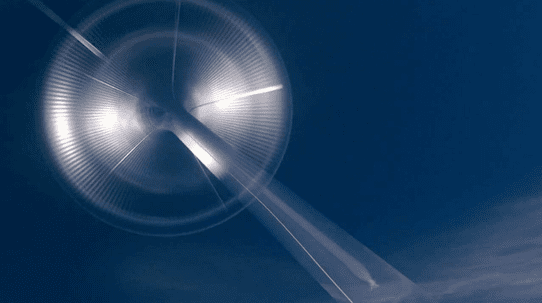 If you follow me on Twitter (@buckleyplanet) you are probably aware that I recycle links from past articles every so often – mostly because Twitter is a fleeting activity, and most people won’t see that a new article has posted until weeks or months later, so the link appears fresh and new to them. But one of my pet peeves with posting content through my marketing team is that the posts are not always timely – in most cases, they’re submitting on my behalf, and are working with editors and calendars outside of our control, and a post I wrote a couple weeks ago, even months ago, may suddenly pop up. It makes me less interested in posting through some websites and sources, even if their distribution has multiples of readers beyond what I can do on my own. But sometimes, timeliness is key.

For example, I provided some quotes for Jenna Dobkin (@JennaSD) a few months back, who writes about and works extensively with the Microsoft developer and SharePoint communities, and my comments have just this week appeared in her TechRepublic article entitled The future of SharePoint, Yammer, and mobile in the social enterprise. The problem with it is that so much has happened since I provided those comments, and, honestly, I would have answered differently knowing what I know now.

To answer the question “What are businesses clamoring for?” I responded:

"People don’t want to be tied down to a single platform. – they want the tools that work, that fit their particular requirements, and don’t require a lot of setup and configuration. If I switch from an Android smartphone to a Windows Phone, I expect my apps to be there and work the same way. And I don’t want a user experience designed for my laptop or workstation through the tiny screen of my smartphone – design a user experience made for the device."

Not much I would change here – I am a huge fan of the Win8 phone interface, but like most people who have tried the platform, I am frustrated with the lack of native applications for some of the tools I need to get my job done. I am a technology evangelist, and a huge part of my job is social networking, with content and communications and visual tools comprising a huge part of my daily activities. If the knock-off Twitter app or Instagram wanna-be forces me to go through extra clicks, or doesn’t provide all of the same capabilities, I am less likely to stick with the platform. Its becoming increasingly easy and inexpensive to switch between platforms and carriers, so in many cases it comes down to the available apps. Don’t have what I need? I’ll go to the other guys….even if I think your base platform and UX are superior. Some friends have come and gone, with my good friend Joel Oleson (@joeloleson) recently sharing a great infographic that again points to this app gap.

But the real point behind this comment was not so much about the Windows Phone app experience, but with the overall Microsoft touch screen app experience. In front of these phone comments, I was talking about the let down of purchasing both a Surface RT and also a new Lenovo laptop with Win8 Pro to find that the leading productivity applications on the market – the Microsoft Office suite – had not/have not been optimized for the touch experience. Oh, you can move things around and click on them, but its essentially the exact same apps as for the non-touch experience, making some gestures or buttons painfully non-touch friendly. In my opinion, Microsoft could have fought off the tablet doubters and delayed criticism of the fact that the marketplace is bare of much that is useful had they FIRST made sure that their marquee applications were optimized for the touch experience. I mean, DUH.

So for this answer, it wasn’t so much the timeliness of the answer as it was the context of the larger conversation we had. Maybe some of those comments will show up in a future article.

However, when answering the question “What do you think of the Microsoft social strategy going forward?” my thoughts on the matter have changed. Here was what I said:

"Personally, I think Microsoft is misreading their SharePoint customer base. I understand the need to offer a cloud-based set of solutions and the change to an agile, online first product release cycle, but I believe they have underestimated the need for many organizations (predominantly outside of the US) who cannot or will not move to the cloud. Yammer is a great unstructured collaboration solution. But until Yammer can integrate with the structured collaboration functionality within SharePoint, the business value will be limited. There needs to be consistent experiences in the cloud and on premises."

The difference here is that these comments came before attending Microsoft’s Worldwide Partner Conference in Houston this summer, and spending some face time with SharePoint leadership, talking about the state of the market and where Microsoft will be focusing going forward.

I don’t think my comment is entirely off-base. A year ago, you could not get a word in edgewise with any Microsoft person over their constant shouting of “Cloud! Cloud! Move to the cloud! And Yammer!” which seems to have been tempered this year with a dose of reality that not every company will be moving to the cloud right away. In fact, Microsoft seems now to accept the numbers that Gartner shared at their Engage event in San Diego earlier this year, in which they predicted that 35% of all current SharePoint customers will **never** move to the cloud, and that just over 50% will deploy some kind of hybrid solution over the next 5 years, leaving the remainder of customers moving to pure-cloud solutions. This recognition of what all of the ISVs and SIs in the SharePoint space have been saying for a year or more was welcome news, and, frankly, it make it much easier to buy into Microsoft’s plans for growth within the next 3 to 5 years.

I do believe that Microsoft has a more realistic understanding of their market than a year ago, and so my comment above would have been different had I been asked post-WPC. And we now know more about what is happening with the Yammer roadmap, with new Office365 and SharePoint on premises features and integrations coming in October and again in March. Of course, Microsoft’s enthusiasm for all things cloud and Yammer are pretty much on target for net-new customers, who are predominantly looking to the cloud.

But that’s another discussion for a different article, with related blog post to explain what I really meant to say.