Deciphering the SharePoint On Prem Roadmap 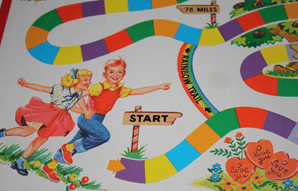 Sitting in a customer discussion jointly with a service partner last month, I was struck by how much confusion there is out there about the cloud, and, specifically, Microsoft’s messaging around SharePoint, Office365, and Yammer. Customers are genuinely stymied by the messaging, and how to translate platform direction into some kind of strategy that fits within their own SharePoint roadmap. And don’t for a second think that the SharePoint MVPs have it all figured out — some of the harshest criticism I’ve seen over Microsoft’s messaging has come from that group, and its not exactly misplaced energy. I look at things a bit differently than most. In all of this confusion, I see opportunity.

While I was in South Africa a month back, attending SharePoint Saturday events in Cape Town and Durban, I listened in on a discussion between a couple SharePoint consultants and the local Microsoft rep as they filled his ear with complaints around Microsoft’s messaging, and how this strategy (Office365 and Yammer) simply does not fit the needs of their customers. The rep responded that he would be happy to work with these two partners to work with their customers to identify the right path forward for them, even if it meant staying with an on prem deployment — but any feedback on the overall messaging would need to get back to the product team in Redmond, and he encouraged them to follow through and provide that feedback. They were right in being upset, and he did the right thing in trying to address their immediate needs as well as to drive feedback back into Microsoft headquarters.

I approached the rep and we chatted for a few minutes, in which I told him that I understood his position, and Microsoft’s position — that Microsoft is focused on net-new sales and continued growth, and to reduce the complexity (and cost) of managing a very complex platform, but that the company had not successfully explained this new path while still working to reinforce support for existing customers.

From a business standpoint, Microsoft views the enterprise opportunities around SharePoint to be fairly saturated (estimated 85 to 90% of the Fortune 500 running it) although there is still some growth to be seen internationally. However, in the small to medium-sized business (SMB) space, there is only a 15% penetration rate. As a result, their product and sales focus is on expanding the SMB long-tail, which Microsoft believes will double the number of users on SharePoint from 125-130 million today, to more than 250 million in the next 5 to 7 years. And they believe the majority of that business will happen via the cloud, and so they are focusing on building out Office365, Yammer, SkyDrive (or whatever that thing is going to be called) and other cloud-based tools, to better serve this growing customer base. I get this, I believe in these growth projection, and I am confident Microsoft will hit these numbers.

As for Microsoft’s communication strategy — I believe this has been a major fail on the part of product marketing, potentially causing damage to their large enterprise install base. But that’s a longer blog post. And that’s really where the business opportunity is for those of us in the partner space, whether on the product side or the consulting side: understanding that messaging gap, and filling it with products, services, and content.

While at Microsoft’s Worldwide Partner Conference (#WPC13) this summer, one of the clear messages that I took away from the announcements and session was Microsoft’s recognition (at last!) that hybrid SharePoint environments will be around for some time. As the majority of companies have begun to explore the implications of the cloud in earnest, organizations are determining that they need more time to figure out how to move their digital assets into the cloud — or whether they will ever move  their assets into the cloud.

For those of you still in denial, make no mistake: software delivery is moving to the cloud (how we download our software), and almost every organization on the planet has begun, or will shortly begin thinking about their own cloud strategy.

But the rate at which organizations adopt the cloud will vary by industry, regulatory, and geopolitical openness. Back at WPC12 in Toronto, I thought a couple executives came off looking/sounding really foolish when they insisted that the majority of enterprises would have their production systems fully within the cloud in 2 to 3 years. Yikes. No way, not happening. As organizations figure out their own timing of moving to the cloud, they will continue to test the waters, moving some digital assets and key work loads into the cloud when and where it makes sense. It’s going to take time to do that. Last year I was telling people 7 to 10 years, and had a Microsoft person laugh at me when I said it. In the wake of this year’s WPC messaging, and data that has come out via Gartner and Forrester and others, I bet that guy is feeling pretty foolish right now.

The hybrid dilemma — and the need for change management solutions to manage them — are not entirely new, but the speed at which organizations are moving key work loads to the cloud is raising awareness of these needs. More than a decade ago, I helped create a SharePoint-like collaboration platform as a 100% hosted offering. It was bleeding-edge stuff, and we built it from the ground up. As the platform came online, most of our manufacturing customers went through the growing pains of moving to the cloud: WAN optimization, large file transfer protocols, single sign-on, edge devices, and the storage and distribution of intellectual property across the cloud, with all of its security and governance concerns. This service went live at the end of 2001, mind you, and here we are, 12 years later, dealing with many of the same issues but on a much larger scale. The collaboration technologies we use have greatly improved over time, but the need for tools to help us manage between on premises and cloud platforms remains.

My point here: Microsoft’s recognition that hybrid environments will remain a major factor for at least the next 5 years (and I predict much longer) should be security that SharePoint as an on premises platform is not going anywhere. That doesn’t mean Microsoft will change how their people are measured and paid, or how they will market their software. Their eye is on the growth opportunities in front of them — which means the cloud. But Microsoft as a company is not stupid: they know how much money will continue to come through enterprises (and a lot of SMBs) via on premises software. The opportunity is in recognizing the difference between the marketing and the needs of your business (or your customer’s business).

Every company should begin now (if you haven’t already begun) thinking about their cloud strategy, which, more than likely, will be a hybrid solution with some workloads in the cloud, and some workloads remaining on premises. I do believe that someday all of our systems, all of our workloads, all of our data that we believe will never be able to move into the cloud — will most definitely be out in the cloud. I’m just not foolish enough to put a date on it.