Back in 1997, between working full-time, attending business school in the evening, and trying to get my own software startup off the ground, I began working with a developer on building out an integrated instant messaging (IM) client for my startup’s collaboration platform. I had been an early adopter of IM, with a college roommate joining America Online in its heady days, and bringing me in on some AOL Instant Messenger (AIM) beta testing. In my work life, IM quickly replaced the need for an entire "tier" of my email messaging practices, providing an improved synchronous communication experience when working with my team, my classmates, and my friends. 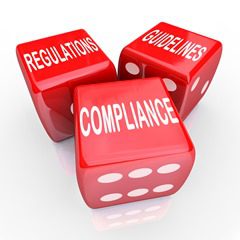 If you dig through my blog content you’ll find a June 2004 post referring to an "open letter" format whitepaper directed toward Microsoft (Capitalizing on Collaboration: Microsoft’s Collaboration Strategy), with suggestions on where to take SharePoint (the link to the downloadable PDF is long gone, but the post includes the full text). Within that post, I mention the need to include stronger project management capability and MS Project integration (more on that in a future post), but also to encourage Microsoft to stake out a leadership position in the social collaboration space and embrace these technologies as a differentiator, but also because I recognized even back then the value of these capabilities to organizational collaboration. I was using social tools across my personal, professional, and academic collaborations, and was finding tremendous value.

Some people claim that it took Microsoft another 8 years or so to finally figure out social. I don’t agree entirely with that position. At the European SharePoint Conference, which took place in Berlin in October 2011, I gave a popular session called "SharePoint’s Social Media Scorecard" where I discussed the various social-minded features in SharePoint 2007 and 2010, as well as the features within some of the leading consumer-based platforms and other competing platforms, including Box, Jive, IBM Connections, Ning, and a handful of others, scoring them for feature-richness and with how well the platforms and features integrated into common workloads. Looking back over the past 2 years since that event, its amazing to see how much the technology has changed — and Microsoft’s strategy around social has evolved, putting itself into the leadership quadrant (if I can borrow Gartner’s terminology). The reality is that the transition began back in the WSS days.

But in a world that is moving so rapidly toward a ‘social enterprise’ paradigm, one issue that remains is the general lack of governance within and across SharePoint, Office 365, and Yammer. I know — I harp on this topic a lot, and many people are asking whether this is even a real issue. But a lack of governance remains as the number one constraint for CIOs who are reluctant in their adoption of social collaboration. Their end users are pushing these businesses toward social, with most organizations recognizing and documenting the performance and financial benefits derived from improved communication and higher engagement levels through social. And if your end users are on the platform, engaged and innovating, you’re going to earn back those financial investments much more quickly.

Going back to 1997, there were reasons why my company wanted/needed control over the content and metadata assets within our portals, but control without flexibility to collaborate freely and innovate was killing that model. I saw it back then, but governance constraints trumped everything. But the most technically locked-down and secure portal in the world, if it is without end users, is a failure. The more constraints you put on a system, the less likely people are to use that system. One of the goals of any startup at the time was to tap into the social behaviors of teams, but in a managed (governed) way that provided flexibility and security. We may not have fulfilled our vision then (we sold the company after 3.5 years), but those ideas have been central to my thinking on the balance between governance and social.

I’m looking forward to talking more about this subject at #ESPC14 in Barcelona next year, but until then you can check out my webinar on the topic on the ESPC site under community resources. And, as always, feel free to reach out to me at cbuck@metalogix.com or on Twitter at @buckleyplanet