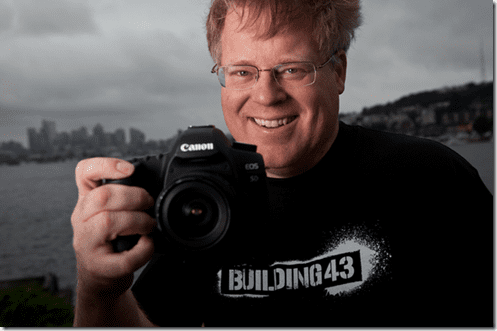 I am a huge Robert Scoble (@scobleizer, www.scobleizer.com) fan-boy. Going back a few years, my non-profit eBig.org in the San Francisco East Bay had him come talk a couple times back in the mid-2000’s while still working for Microsoft, and I was able to attend one of them – a breakfast event of some kind. It was actually an odd location, but it was fantastic discussion that touched on a number of topics, but centered around the role of an evangelist. There are quite a few folks out there wearing the evangelist title, and a wide spectrum of job descriptions – me included. I’d have to say that the majority of people I run into don’t understand the role, and don’t understand the value people like me deliver. Thankfully we have a great example of the value of evangelism with Robert Scoble, which helps those of us in the role to help others see the qualitative and quantitative value of the role.

If you work in technology and you have a pulse, you have heard of Scoble, who now works for Rackspace as their “Startup Liaison Officer” and continues to provide guidance on the technologies and trends that impact Enterprise 2.0. Forbes.com guest columnist and Evolve! Inc CEO Mark Fidelman (@markfidelman) created a great infographic back in 2011 that illustrates some of the value Scoble provides from a social networking standpoint, and makes a strong case that the good will and brand awareness he drives brings substantial value to Rackspace. I tend to agree.

Why am I bringing this up? I’m in Chicago at the end of an 8-day trip, heading back to Seattle in the morning, and spent a good portion of the day with Metalogix partners at Slalom Consulting, and my role as a technology evangelist came up – and we briefly discussed some aspects of the role, with a quick comparison to some of what Scoble does…which led to a discussion of how Microsoft could use another Scoble, frankly.

Microsoft is at a cross-roads with their whole move toward a “devices and services” model. I’m not exactly clear on what that means, nor is the man on the street. And every time I ask people inside of Microsoft to clarify, I seem to get foggy answers. Microsoft employees just seem to have a hard time articulating their vision. What they need is someone out there building good will, not talking down to customers and partners because “they just don’t get it,” and sharing examples and telling stories to help people understand.

I get it – there’s a lot of change happening inside the company, the development models are changing, the go to market models are changing, some of the fundamental skill sets are changing inside Microsoft. As Kevin Turner, Microsoft COO said earlier this summer at WPC, there are plenty of unknowns about what these transitions will look like (I’m totally paraphrasing here, folks) but Microsoft is building a business model that is increasingly focused on moving fast, and they’ll improve along the way. (My interpretation of his WPC13 keynote).

So understanding that 1) there’s a lot of change coming, 2) Microsoft will err on moving fast over clear communications, at least for the time being, and 3) the company is also going after some really really big bets, there is a HUGE opportunity for a Scoble-type evangelism play by the company. Microsoft needs to spread good will, needs someone out there building trust and connecting the dots between the sometimes very confusing marketing and some very cool technology, and someone out there as Chief Microsoft Advocate to help ease people through this transition.

Microsoft needs you, Obi-Scoble Kenobi. You may be their only hope.