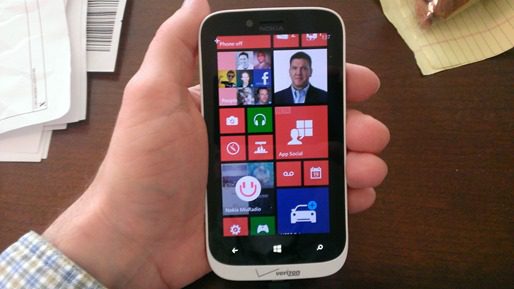 Like many of you out there, I tend to setup my phone within the first couple days after I purchase it, with minor tweaks here and there, but otherwise I get it to where I like it – and then leave it alone. I know there are many out there who are constantly adding and removing apps, configuring and re-configuring your phones….but I would argue that most people want to largely set it and forget it, sticking with the apps they know and love, and the layout that works for them.

Which is not to say that I don’t try out and occasionally add new apps. I do. I read the same articles that you all read, follow the trending apps and hot new startups with innovative and novel technologies. But for the most part, I stick with the tried-and-true tools and apps. The problem is finding new apps.

You’ll occasionally hear someone talking about an app that “saved their life” as far as productivity, or you’ll read an article on Wired or TechCrunch – or default to the trending lists on your OS marketplace. So I was pleasantly surprised when I booted up my new Nokia device and started playing with the AppSocial app, because let’s face it – rating, discussing, and sharing apps is a social activity. Nokia is putting some effort into making app discovery easier, and as a big fan of the social model, I think they’re on the right track. AppSocial includes the following sections: 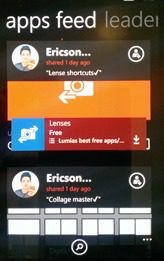 Spotlight, which includes a mix of trending and high-rated apps, as well as other suggestions based on the way that you consume content and interact with the marketplace. If you don’t know where to start and what to consider, Spotlight is the right first step.

Apps Feed is where your social network comes into play. The Apps Feed highlights the apps that people you know and trust are using and recommending, including their short description / value proposition. It’s also a way to find new contacts for your app social network based on their recommendations.

Profile, of course, is your individual node within the network, where you can share some of your personality, develop lists, and share your thoughts about the apps and tools that you recommend.

These kinds of social platforms are not for everyone – you may be perfectly comfortable discovering apps on your own, but for those who want to tap into the wisdom of the crowd, and you own a Nokia device, AppSocial is worth taking some time to review. If you’re interested, I’ve created lists for Travel Tools and Productivity, and will be adding on to both over the holidays as I prepare for a heavy travel schedule in Q1 2014. I’d love to connect and learn more about the apps that have made your life easier. You can find my profile in AppSocial under buckleyplanet, of course.