Consider the Scope of Your Networking 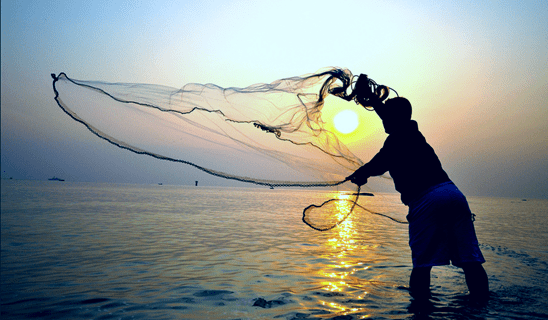 At the February meeting of the International Association of Microsoft Channel Partners (IAMCP) Seattle chapter, we’re planning to halt the content for a month an instead focus on networking within the chapter, in sort of a "speed dating" model where we’ll engage face-to-face and move to the next table when the bell rings. I’ve done a few of these events before — back in my startup days in the san Francisco Bay Area, I attended many on the lookout for new hires and partnerships, and organized a number for my former non-profit, eBig.org. I always walked away from these events with a dozen or so great new contacts, and picked up several new clients in what was usually a conversation of less than 10 minutes. That’s the power of networking when both parties go into it with purpose.

In a Harvard Business Review article from July 2011, Rob Cross and Robert Thomas (A Smarter Way to Network) shared their research and opinions on the benefits of smaller networks over larger, more impersonal networks. "We’ve found that individuals who simply know a lot of people are less likely to achieve standout performance, because they’re spread too thin." One main problem from maintaining large, impersonal networks they argue, is that people within your network may "perceive you to be overly self-interested, and you may lose support as a result."

The article provides excellent perspective on analyzing, prioritizing, and managing your network, but (in my opinion) overlooks some important aspects of networks — including the importance of maintaining multiple networks. While the HBR article does not necessarily discourage readers from limiting all personal networking that does not provide some degree of professional return ("sorry sis, these conversations are not helping my business grow"), by only focusing on the professional aspects of your networking activity, you may close yourself off from different perspectives and from a healthier form of "network renewal" where you are able to constantly reassess and refresh the influences and ideas that constantly shape you. Limiting your influences may cause some of the very same myopic tendencies the authors identify.

In reading this article, it brought to mind Malcolm Gladwell’s book Outliers, and a speech he gave at Microsoft Research division a couple years back that I was lucky enough to attend (more on that from an old post). Mr. Gladwell shared some insights into the data behind the dominance of long distance runners from Western Africa. The gist of his message: this region of the world benefits from a huge pool of runners, while Western countries have very limited talent pools (due to cultural, infrastructural, and even self-imposed educational boundaries). Thus, they find more runners than we do, and far better runners, in general.

We have two seemingly divergent and opposing views here: the idea of reducing the noise in our networks by focusing on those relationships that will benefit us the most, and the idea that expanding our networking pool benefits us by increasing our chances of identifying beneficial connections that might otherwise be lost by not casting a wide enough net.

It’s an interesting dichotomy, and made me think about ways to solve this kind of problem through technology. My first thought was around what is probably the best feature in the Google+ platform: Circles. While Google may not be breaking any new ground with their social networking tools, per se, as the concept of grouping subsets of your personal network is nothing new (think Yahoo Groups, which has been highly successful), I believe Circles may best illustrate how to bridge the gap between aggregating and dividing your network to get the most benefit out of your connections. Circles allows you to cast a wide net as you build your network (you can see my profile here and add me!), but then to create smaller subsets of influencers around specific topics, such as my circles for ‘SharePoint’ and ‘Family.’

There is no right answer here for how to manage your network, but recognize that the tools available to us are slowly allowing us to rethink how we build our personal and professional networks, and to tap into the long tail of personal relationships. Fascinating stuff.