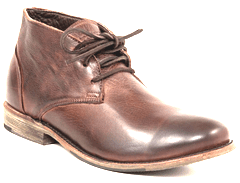 The news is afire over Zappos founder Tony Hsieh’s decision to eject the traditional management model at the online shoe retailer, and to embrace the flat management model know as “holacracy” – an organizational governance model which lets self-organizing, self-governing teams run the show. A lot of people are up in arms because, for one, nobody has tried (successfully) to adapt the model to such a large organization. But honestly, isn’t this just the next step to agile development? Here’s how the website holacracy.org describes it:

Holacracy is a comprehensive practice for structuring, governing, and running an organization. It replaces today’s top-down predict-and-control paradigm with a new way of achieving control by distributing power. It is a new “operating system” that instills rapid evolution in the core processes of an organization.

If you think about it, its not such a crazy idea. There are technology incubators and startup accelerators that follow a similar model. And some of the US government’s R&D efforts are run, to some degree, as a mix of teams who come together for 6 to 24 months to solve complex problems (until they are solved, or the money runs out). The basic concept is that team self-manage by identifying the people and resources they require to solve their project, and upon completion, they reform into other groups. At its core, how different is that from most consulting companies?

Some of the articles highlighting the Zappos news point to failures of holacratic efforts in the 1980’s and early 1990s, but things have changed dramatically, For one, we are much better at – and more able to manage to – agile concepts. Scrum has blossomed with the help of modern social tools and technology, allowing teams to operate under much more flexible, dynamic models around the rapidly changing priorities and needs of our customers and competitive threats. The capabilities we have today are far superior to the day planners and early spreadsheets of our management predecessors.

But as I read this news, another thought popped into my mind – the idea of embracing the power of diversity. And I’m not talking, necessarily about racial or socio-economic diversity, although that is a factor, but abstracted up a level to simply having diversity of thought and skill and background. If you’ve gone through business school, you’re bound to remember reading a case study about an Ivy League team of WASPs trying to solve a set of problems versus a group of individuals diverse in education, skills, and intelligence – with the B team winning the competition because of their different perspectives (I wish I could find a link to that study, but alas, after 20 minutes of searching the interwebs, no luck).

That was the connection I made – that despite the shock to the system of throwing out the traditional management model, Zappos may be on the verge of unlocking the true potential of their knowledge workers because of their ability to put together truly diverse teams.

Of course, that’s just what I was thinking. The reality is human nature is that, more than likely, people will fall back on old habits, nepotism, and unofficial-but-still-followed social hierarchies. I’m interested to hear how things develop at Zappos. I’m sure this is a case study in the making, so be sure to renew your HBR subscription…