A man has the right to change his mind. I’ve used the analogy of the Model T a few times to describe the traditional IT project methodology, with clearly defined roles and a somewhat structured approach for 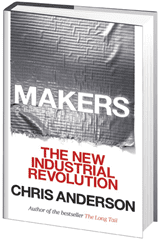 moving a project from beginning to end in a way that reduces risk and raises transparency of what is being developed. However, my thinking has evolved. I recognize that we are very rapidly moving away from anything that looks like an assembly line. Everyone knows the story of Henry Ford, the Model T automobile, and the advances made to productivity and mass production by utilizing a revolutionary process called the assembly line, where instead of having workers move from vehicle to vehicle to perform repetitive tasks (which was slow, and introduced unnecessary risks and mistakes), the vehicles were moved down a line of worker stations. This allowed individual specialists to quickly add their part of perform their role, and then repeat the process on the next vehicle in the line as it moved down the factory floor, resulting in a finished product at the far end.

You might argue that this shift is obvious, that we moved away from the IT assembly line long ago. I don’t think so. When you think of agile development and scrum, they have more to do with assembly line optimization than something revolutionary. SharePoint as a platform, and with its broad partner ecosystem, has become – for the most part — the enterprise application assembly line. Many Strategic Integrators (SI’s or consulting companies) have established themselves in the space by quickly building out assembly line-type practices revolving around specific solutions, whether it be Business Intelligence, external websites, or team collaboration, or other targeted areas. They’ll differentiate by building out scripts and “accelerators” to help move your solution quickly down the assembly line toward delivery.

But where my thinking has changed is around the ability for organizations to break down complex platforms (like SharePoint) through virtualized platforms and services, using the core services as needed to build out very granular, specialized solutions. My good friend Mike Watson (@jmikewatson) often talks about (and sends links to me regarding) the “maker culture,” which is a movement or philosophical emphasis on ‘do it yourself’ solutions, which, in my thinking, fits in very much with the idea of the ‘consumerization of IT’ that takes technology decisions out of the hands of the traditional IT organization and puts them in the hands of the business user. The future of SharePoint, I posit, has / will have a lot in common with the maker culture due to the maturity in PaaS and IaaS offerings.

‘Maker culture’ emphasizes learning-through-doing (constructivism) in a social environment. Maker culture emphasizes informal, networked, peer-led, and shared learning motivated by fun and self-fulfillment. Maker culture encourages novel applications of technologies, and the exploration of intersections between traditionally separate domains and ways of working. Community interaction and knowledge sharing are often mediated through networked technologies, with websites and social media tools forming the basis of knowledge repositories and a central channel for information sharing and exchange of ideas, and focused through social meetings in shared spaces such as hackspaces.

Past versions of SharePoint was to the company website, portal, or extranet as Ford’s assembly line was to auto manufacturing: strong components, easily assembled into the end solution you needed. But the future of SharePoint is much more akin to the maker culture, and, for example, the 3D printer: pull down your plans from community discussion and best practices, create the parts you need on the fly, and build to suit.

I feel like I’m not explaining it properly, but it all makes sense in my head. What do you think?

[Interesting side note: While Ford is credited with making the assembly line a competitive success (and a primary discussion topic for business school programs around the world), the assembly line would not have been successful without a similarly successful standardization — the screw. Back in the day, screws varies widely, with each machinist using their own style or size. One pair of machinists, brothers Job and William Wyatt, wanted to mass produce screws, creating lathe devices that allowed them to eventually generate 16,000 screws per day, and thereby greatly reduced the cost and time involved with any mass production activity…..including later advances in automobiles.]