How to Increase End User Engagement 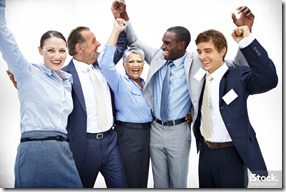 My first real project where increasing end user engagement was a top priority (if not THE top priority) was back in the mid-1990’s while working for Pacific Telesis Shared Services, which, if the name wasn’t too obvious, was an IT shared services organization that split off of the Pacific Bell mother ship (in San Ramon, CA) to provide tools, services, and data center management for the family of Pacific Telesis companies. As a project manager assigned to identify, deploy, and support many of the front-end tools accessing the massive amounts of data we managed through several data center locations, change management was a huge priority, which meant managing a lot of service requests from an often demanding set of internal customers, many of whom were data analysts using our platforms and tools to provide reports and data for an even larger set of internal users. One of the projects to which I was assigned was to build out a change management methodology and easy-to-follow intranet site for this methodology, automating as much as could be automated.

Of course, in the mid-nineties we did not have the tools and capabilities we do now. I had to learn HTML and some VB, and built many of my interaction visuals using Corel. When the site went live, the users had a visual workflow of the change management process, and clicking on any part of the flow took them to related documentation and some simple forms. Maintaining the site, unfortunately, was a very manual process – but feedback was very positive. It’s very rewarding to see something you’ve built actually get used. But what made all of my effort come together was less about my technical skills, and more about the steps to get to that end-point. The project began with a vision from my Director and a charge to enlist the help of key stakeholders and end users at every step. I held a formal project launch, provided weekly status reports, conducted numerous requirements group and one-on-one sessions, and rolled out a pilot to a sub-set of users for feedback before refining the final site and going live. And once live, I also provided training sessions and, once again, one-on-one sessions with end users and my management team, wrapping up the project with a sign-off from my Director that what we delivered had met all of her goals and expectations.

I was reading a blog post by Ritse Klink (@ritseklink) on the Beezy blog this week entitled Five Ways to Seed a Social Network in Your Enterprise, and thought about this Pacific Telesis experience through the lens of his list. While Ritse is talking here about selecting and deploying a social network, these principles can be applied to any modern collaboration platform – which is to say, very few collaboration platforms deployed these days are NOT social collaboration in nature. Because some people are becoming burned out on overuse of the term “social,” let’s abstract that to the broader term “collaboration.” While I would put them in a slightly different order and rephrase them a bit from what Ritse shared, they are all valid in the build and deployment of any knowledge management or collaborative solution. Let me illustrate his points against my PacTel experience:

The end result of all of this, I promise you, will be a higher level of adoption and engagement across the board. When people are involved in the process, they are more likely to accept the end result. If you’re looking for more guidance on how to incorporate these steps into your own environment, my advice is to run a pilot. In fact, Beezy provides a great whitepaper to help you organize a pilot.

If you’re not yet convinced that focusing on end user engagement matters, take a look at what Microsoft is up to lately. A sizeable majority of the innovation coming from the Office 365 and SharePoint teams have to do with increasing end user and team productivity, which is part of their larger adoption and engagement strategy. We’ve all participated in the creation of something – a website, a tool, a process – that may have been the “right” think for our team or company, but that lacked support from leadership and/or end users. And so it failed. I can’t tell you how many times I’ve heard from customers who went about deploying SharePoint the wrong way, and even though they eventually “got it” and delivered what end users wanted, the damage had already been done, and their end users refused to support anything with the ’SharePoint’ label attached. It can take considerably more time and cost to win your end users back over than it would to take the necessary planning steps up front, and get end users involved (check out my old post Breaking the Suck Threshold for a great illustration on this point).

Just because your efforts may have gotten off on the wrong foot does not mean that its too late to course-correct. Evaluate your existing strategy (or lack thereof) and walk through the steps above.