What is the current state of SharePoint?

Ahead of tomorrow’s year-end #CollabTalk tweetjam, I’ve been doing some reflecting on the state of all things SharePoint. Well, that’s partially true — I’ve also been iterating on my 2016 budget and plans, with some big content projects already underway that will go live in Q1, and a huge initiative kicking off in a couple weeks. So, to be more accurate, I’ve been reflecting on what I’ll discuss in the community event tomorrow about the current state of SharePoint today – as a brand and as a platform.

Let’s be honest — the SharePoint brand lost some of its luster over the last couple years, not because of the value it brings to businesses, but because Microsoft turned its attention to the broader Office 365 story and forgot that SharePoint was what made that platform possible in the first place (well, and that Exchange thing, I suppose, which is, technically, the driving force behind most customer moves). In my view, Microsoft lost sight of the SharePoint story and value proposition, and has only recently started to turn the corner in repairing SharePoint’s positioning. 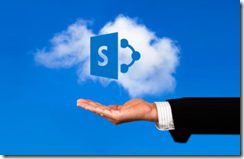 Part of the problem, even still, is that Microsoft has not been entirely successful is helping customers understand SharePoint’s value within the Office 365 cloud story — especially with the development of Office 365 Groups. The messaging has been unclear, at best. And then they trot out that tired diagram to illustrate that SharePoint, along with Exchange and Yammer, OneDrive for Business, and other workloads plug into Office 365 as some kind of service bus — but without a scrape of reality on how these various pieces come together in the real world. (I suppose there’s a partner opportunity in there somewhere)

Now, without sounding too much like a downer (because I’m actually really optimistic), with Microsoft’s renewed commitment to on prem and hybrid, and Jeff Teper’s return to SharePoint leadership, my sense is that people are once again excited about the future of SharePoint. And more importantly, customers are feeling more optimistic that investments made today will still have value a few years down the road, which was a HUGE issue for those firms who had sunk serious dollars into SharePoint on prem, only to feel as if the rug was being pulled out from under them. While hybrid is no panacea, the story around moving to the cloud while leveraging existing investments on prem has been getting stronger all year — and SharePoint Server 2016 will improve on it.

SP2016 will be a foundational release — the first on prem release since Microsoft moved primary development to the cloud, and the first to seriously consider hybrid options as a primary strategy — not just a bolt-on strategy to quiet whiny customers. SP2016 was architected for hybrid. The focus is still very much on the cloud, and what we’ll see on prem has largely already been delivered for the cloud. So my expectation is to see a trickle of features and capabilities already available in the cloud to find their way to on prem, allowing organizations who cannot or will not move to the cloud to transition via hybrid capabilities.

In some ways, Microsoft’s continued support for on-prem may curtail some movement to the cloud. I think it’s a necessary cost for Microsoft to support existing customers. Let’s face it — improving the capability of on prem does impact customers who might otherwise consider moving to the cloud. However, this is where Microsoft can be smart about their strategy and increasingly offer features that bridge the gap between on prem and the cloud. So instead of pushing people to the cloud ("We’re all in! Are you all in!?") it’s more of a pull strategy, enticing them with expanded hybrid capability.

Underneath it all, moving to the cloud is a transition, not a flip of a switch. I do run into organizations that stand very firm on their belief that the cloud is not secure enough, that the value is not there for them to move — or that compliance and regulatory requirements limit their ability to move. I do believe that, eventually, all of our systems and data will be in the cloud – regardless of industry or requirements. I’m just not going to put a projected date on that. It might take some organizations 10 years or longer to make that move. Look at how long organizations stayed on Windows XP. SharePoint 2010, in my mind, is the XP of SharePoint. It’s going to be around for a long, long time.

With customers I work with, there are three primary reasons for not moving all production systems to the cloud:

Microsoft will be able to handle the first two more readily than the third, but they are all issues that organizations must address as part of their planning efforts. Factors that could increase the speed of movement to 2016 include Microsoft’s plans for future on prem releases and increased support for hybrid solutions. But as I mentioned, these same hybrid features could slow migrations and upgrades as organizations with large on prem environments and heavy customizations could remain right where they are — while also taking advantage of some of the latest cloud features through connectors and other hybrid scenarios.
In short, I think SharePoint is getting its second wind. While more needs to be done around messaging — especially about SharePoint’s place within the magic service bus, continued investments in hybrid, and more connectivity between SharePoint and competing technologies (Slack, anyone?). Ultimately, I believe these strategies will make SharePoint an even stronger central platform for intranet and extranet strategies.