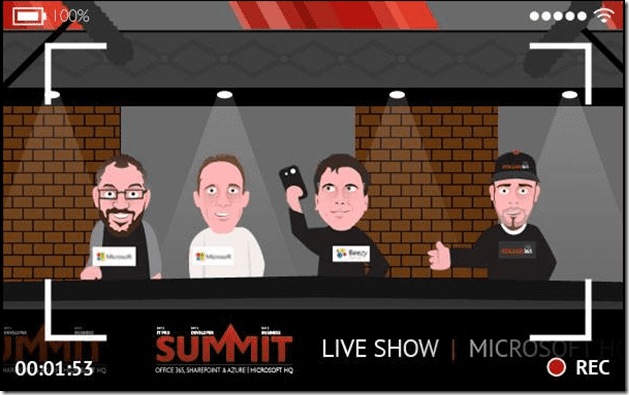 I remember a few years back when someone suggested an online SharePoint Saturday event, and I thought “Well, you’re missing the point of these regional community events – its more about the networking than the content.” While some online SPS events have had mixed results, what began as SP24 and has evolved into Collab365 has been a resounding success – and I am thrilled to be able to spend some time with Jon, Fraser, Mark, Andy and team as they broadcast live from Microsoft in Redmond this week, with presenters and attendees dialing into this massive FREE event showcasing the latest news and learning about SharePoint, Office 365, and all relevant technologies.

While I did present once last year, I had a great time “anchoring” a couple fellow speakers, including Jeremy Thake’s 2015 keynote – so this year I signed up for more anchoring spots, and will be joining the Collab365 team on camera for a couple panels, as well. Plus, Beezy has signed on as the official social sponsor for the entire event….so you’ll notice our logo on every chat module throughout the site.

So much great content, and many friends presenting….but I picked out a few sessions that are relevant to Beezy and the work we are doing around the UX and extending SharePoint and Office 365 capabilities and use cases. I am not knocking the other sessions – these are simply the topics which I’ll personally be following this week:

The event is happening live right now, and once again is entirely FREE. Check out the session listings, sign up, and get involved!