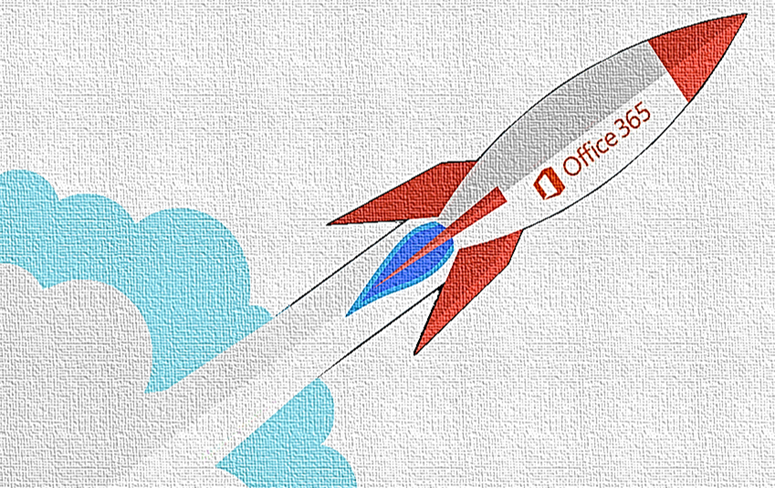 As you probably saw in the news yesterday, Microsoft has released it’s third quarter earnings with the company reporting revenue of $22.1 billion with operating income at $5.6 billion, GAAP. Net Income during the period was $4.8 billion with a diluted EPS for the quarter being $0.61. The most interesting tidbit, however, with Microsoft claiming a $15.2 billion run rate for their cloud services. The company is very tight-lipped on how it calculates some of their cloud numbers, but some additional details shows that their focus on Azure and Office 365 is paying off:

Having just wrapped up an almost 4-month research project on Hybrid SharePoint in which we estimated that the SharePoint ecosystem, including both on-prem and online versions of the platform, would grow by $1.4B by 2020, I was very interested in hearing feedback from other leaders in the space – especially around the jump in MAU since last fall, when Microsoft CVP Jeff Teper, who owns both SharePoint and OneDrive, was promoting 85M MAU. That’s a fairly serious jump in activity, and I may need to go back and look at our calculations based on our own research, plugging in this new number.

Paul Thurrott and Tony Redmond both shared their opinions, and made some great points. On Office 365 growth, Paul wrote:

Microsoft CEO Satya Nadella started off the post-earnings conference call with press and analysts by stating that one of its most important product lines had “crossed a major milestone”: There are now over 100 million monthly active users of Office 365 commercial (in addition to 26.2 million Office 365 consumer subscribers). “Office 365 commercial seats grew 35 percent year-over-year, and revenue is up 45 percent in constant currency,” he noted, and I believe this may be the most important data point to come out of this announcement. Why? Because when you talk “digital transformation,” as Microsoft does incessantly these days, you have to look at the software giant’s own transformation first. And Office 365 is the bellweather of this transformation, and its success—or lack thereof—will determine how well this company can transition into its future as a cloud services provider. I have questions about the size of this market, and will point out that 100 million is just 1/15th the size of the overall user base for Office in its heyday. (And while Office 365 revenues jumped 45 percent, overall Office commercial revenues were only up 7 percent, which is an interesting indication of their relative sizes.) But this is indeed a big milestone, and a positive step forward.

And on Microsoft’s Intelligent Cloud surge:

Microsoft’s so-called intelligent cloud business—Azure, server, and so on—grew 11 percent in the quarter to $6.8 billion in revenues. Server and cloud services grew 11 percent—note that Microsoft commingles those two very different things to help mask the cost of the digital transformation—and Azure revenue increased an incredible 93 percent … to some number. Microsoft’s not saying. You know. As always.

On Tony Redmond’s write-up, he also pointed out the jump in MAU, and how Microsoft is on target to hit their run rate goals:

That’s good progress, but there are still many on-premises seats for Microsoft to harvest. Not all these seats are yet happy to move to the cloud, but there should be enough to allow Microsoft to meet its goal of a $20 billion annualized run rate by the end of June 2018.

Tony also touched on four points that I believe are key to Office 365 growth moving forward, and which we discussed as part of the Hybrid SharePoint research and analysis:

In a podcast recording this past week with BA Insight, I talked about this final point, harkening back to the early days of SharePoint, when Windows SharePoint Services (WSS) was “free” for organizations that had an Enterprise Agreement (EA). It was very common to hear how customers had started playing with WSS because they already had it, and it had grown rapidly within their organizations. I believe that we will see a similar pattern with SharePoint Online for those organizations that have not embraced the platform historically, but who now have Office 365. The more features that leverage SharePoint, and with the ongoing innovation to improve the UX and performance, the more we’ll see history repeat itself.