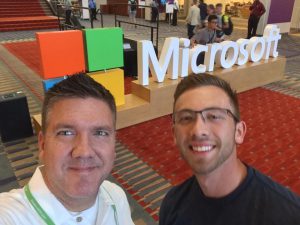 Oh July, where did you go? I feel like I was in semi-hiding all month, working incredibly long hours trying to grow my business, hire a couple people, and deliver on customer projects. There was a lot of behind the scenes customer content, and I managed to sign 3 new customers. And we had the biggest tweetjam on record, with 8.36 million impressions. My highlight, however, was getting to hang out with my oldest son in DC a couple of times. I was out there for Inspire, and he has been working there all summer, selling pest control in Maryland. We suffered through some major humidity and walked the national Mall, which was a blast.

Oh yeah, and I was renewed as an Office Servers and Services MVP (7th award) and was confirmed as a speaker at Microsoft Ignite in September!

From a company standpoint, Inspire also saw the minor launch of a CollabTalk LLC campaign around 4 core services that I am offering (and am happy to talk to you more about — fill out my contact form, and I’ll reach out to you): 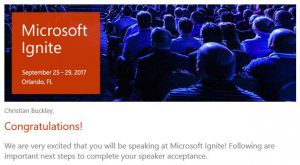 A good portion of my writing efforts were tied up into three major customer projects, which I’ll share when the assets are publicly available. But the most draining aspect of July, aside from the heat and humidity on the week in DC for Inspire, has been the operational setup of my business, getting things to a point where I can better automate and grow. Solid progress made in July, with some of it continuing into August. In addition, I am working with Mike Watson and Laura Docherty in Scotland (SeriousLabz) to build out a couple MarTech solutions that I am very excited to not only talk about, but to use for my business. The first will be in use — and in beta — in time for Ignite at the end of September, and the second I hope to see in beta format by end of calendar year.

From a content perspective, another outwardly quiet month, but things will be heating up in August, so watch the space. Something wi 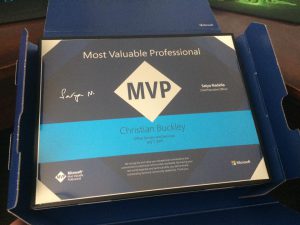 You probably saw the posts I wrote for three of my customers, KanBo, AvePoint, and BA Insight. More coming from all three in August. For AvePoint, I’m helping to drive an initiative around hybrid SharePoint (big surprise there) and have a series of posts and videos coming out that focus on the top concerns that customers have about moving to a hybrid model. For KanBo, they’re doing some very exciting things that I can’t yet talk about, but will likely have an announcement out prior to Ignite. And for BA Insight, to be honest, I’m really riding on the coattails there of CTO Jeff Fried and good friend and fellow MVP Agnes Molnar, sharing some of my insights into SharePoint Search.

Of course, the elephant in the room as far as where my attention went in July was Microsoft Inspire, formerly the Worldwide Partner Conference, which took place for the 3rd time in my 8 years of participating in downtown Washington DC at the convention center (it’s moving to Vegas next year, where I hear it’ll remain for quite some time). Great facility in DC, although the walk down to the Verizon Center for the keynotes in the heat and humidity, as well as the increased security at the doors, was kind of a nightmare. I ended up only attending live on Day 1, and just dialed it in to the live stream for Days 2 and 3. I hosted the CollabTalk TweetJam and focused on takeaways from the event, and had healthy participation from Microsoft and the community. I had hoped to have channel chief Gavriella Schuster there, but she had a conflict, and had a couple folks from her team participate in her place. We had an amazing result, with 8.36 million social impressions in the one-hour event, and captured some fantastic feedback about the event and the many announcements made during the week. I highly recommend you review the Storify summary, which will give you a tweet-by-tweet recount of the online discussion.

As far as new personal blog posts, the biggie was my aggregated post on Groups. I will creating a number of these ‘Resource Guides’ over the coming weeks, and adding to them on a regular (sometimes daily) basis as new content and community feedback happens in real-time. 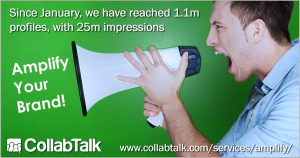 That was it for standalone posts in July, but as I stated earlier, lots more happening in the coming weeks. For example, lots of planning underway for fall research projects, working with the Marriott School at BYU, and with sponsorships from Microsoft , AvePoint, and several other leading ISVs and SIs. I will also be presenting at the August IAMCP-Utah chapter meeting, with CollabTalk sponsoring lunch. I’m planning to speak on content (inbound) marketing strategies.

I’m also heading back to Seattle for a week to speak at SharePointFest Seattle, with sessions on content marketing and my updated session “Teams, Groups, and Conversation-as-a-Service” which I’ll be giving again later in the month at the Digital Workplace Conference Australia, taking place in Sydney. In addition, I’m keynoting that event, reprising my keynote from the sister event in Auckland, talking about Digital Workplace Champions.

Looking forward to the upcoming events….and the lull before the storm that is Ignite, followed by 3 weeks (yep, that’s right) in South Africa. More on that next month…