Ah yes, the first post of the year — the monthly content wrap-up to recap my various musings for the last month of the past year. It’s been an amazing year for a number of reasons, but biggest of all was the launch of CollabTalk LLC, building off of the brand that I’ve built over the past 6 years around the monthly community tweetjams, and growing my business. I’m happy to report that things are going really well: two new employees starting in January, a number of contract renewals, and lots of interest in services. It’s a good thing to wake up every morning and to be excited about what you do for a living! Soooo much happening behind the scenes that doesn’t show up on these monthly updates, but I’ll be able to talk more about some of the things that I’ve been working on as the projects go live this spring and summer. 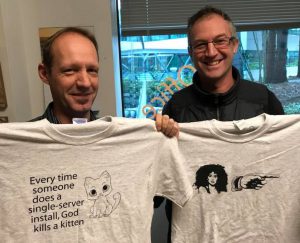 I’m wrapping up 3 research projects in Q1 that launched back in early September, and will be posting in the next day or two about those projects. I’m talking with two companies about sponsoring new research projects in Q1, and am actually hiring a research assistant to help manage an expected increase in those projects. I’ve also officially signed on as an advisory CMO for a startup doing some incredibly exciting stuff in video and social television. More on that in the coming weeks.

December was intentionally quiet on the travel front. While many of my friends were in Chicago for SharePointFest, I was instead in Redmond for a couple days to meet with one of my Microsoft sponsors — the Worldwide Partner Group — to check in on what is easily the largest of my current research projects around diversity hiring strategies in the Microsoft channel. I was also able to sync with folks on the SharePoint and Microsoft Teams product teams about future projects, and may be going out again later this month as things continue to heat up. It’s always great to go home to Seattle. I really like a lot of things about the Salt Lake Valley, but I miss the Seattle hills and trees and, yes, the rain. After being home for a day, I turned around and spent a night in Denver to participate in an MVP mixer and met some great folks, including my new (and soon former) MVP Lead, Lisa Anderson…who just took a new role inside of Microsoft on the Azure team (congrats Lisa!). I’ll now be working with the well-known Joe Darko, who is awesome — and who I finally met at Ignite this past year. Looking forward to connecting more with Joe! 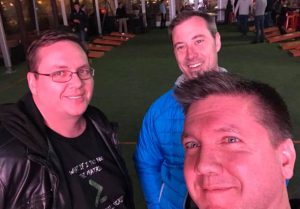 In case you missed it, I also spoke on a Redmond Magazine webinar entitled “The Integration of Microsoft Teams and Skype for Business,“ the slides for which you can find below. The recording is also available by registering on the landing page, also linked below. It’s a great topic that I’ll be speaking on again later this month, joining my good friend and fellow MVP Eric Overfield (@ericoverfield) from PixelMill on the topic. I also recorded a discussion with two fellow MVPs and Skype experts, both of whom I met at the Denver mixer last month, on the same topic: Adam Ball and Jonathan McKinney. I hope to have that blog post live tomorrow, before heading to the airport for my next trip.

And finally, I hosted the last CollabTalk tweetjam of the year, focusing the December topic, as always, on takeaways from the year gone by, and predictions for the year ahead. We always have a tremendous turnout for this end-of-year back, and this year was no exception. Stellar panel, some fantastic predictions, and lots of interesting commentary that is going to fuel quite a few blog posts, I’m sure. If you’ve not yet had a chance to read through the Storify summary of the event, I encourage you to do so, as it provides an excellent overview of what some of the leaders in the community believe will be the trends in 2018. It’s a worthwhile read. 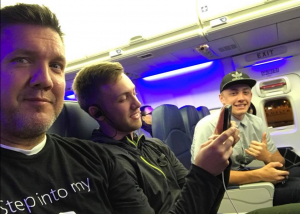 Other than that, my wife and I traveled with two of our four children to Kauai for a week, returning home the Saturday before Christmas. It was nice to go from 25 degree Utah to 74 degree Hawaii. We swam, we snorkeled, we ate, we bowled (yes we did), we saw the new Star Wars movie, and we napped a lot. In fact, napping may have been the best part of the trip.

As for December content, there was some movement there, as well. I was able to share three more blog posts over on the KanBo blog, each including video interviews with CEO Michal Sobotkiewicz (@michalsobot) on various collaboration topics. We usually have great discussions leading up to the recordings, as well. I enjoy talking with Michal about some of the latest news and updates coming out of Microsoft, and how we think they will impact customers and the community. More than once we find ourselves well down the path of a topic, only to pause and start recording to try and recapture some of the sentiment:

December also saw the conclusion of the first wave of hybrid SharePoint blog posts over on the AvePoint blog, which is an extension of the research I conducted earlier this year, with AvePoint as one of the sponsors. The second wave of these videos — focusing on hybrid opportunities — will be published across this month, and I have some ideas for additional content (maybe a whitepaper?) based on them. I did a quick overview post on my own blog with links to the first series: 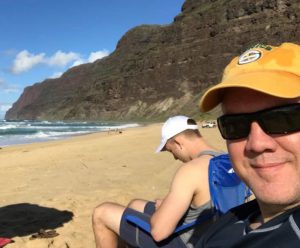 One of the posts I wrote for Exclaimer earlier in the year finally went up on their site — but not in the blog, where I assumed it would go. Instead, it had a slight edit and is part of their partner promotions. If you are a managed service provider (MSP) or consulting company, and are looking for additional value-adds for your customers, you should take a look at Exclaimer’s email signature solution:

One area that has been lagging on my personal site is my series on Microsoft 365 topics — 365 in 365. It was never supposed to be “one blog post per day” but just as the name implies. I’m still chasing that goal of 365 blog posts on various Microsoft 365 topics in one year, and now have 10 published. Only 355 to go! I know that seems dauting, but I already have 45 more topics identified and research started. Yep, that’s right — 45 posts in the works. I’m planning to make up for some lost time in January, but here’s the latest from the series:

As mentioned above, I presented on Skype and Teams integration for a Redmond Magazine webinar early in the month, and you can find the recording on-demand and my slides here:

If you missed the December CollabTalk tweetjam, you’ll definitely want to read through the tweets below to find out what some of the top influencers in the SharePoint space believe is going to play out in 2018. You’ll also find my predictions for the year, based on how I think the technology trends are moving.

Finally, I’ve done this a few times in past years, but I once again provided a list of the articles I produced that I believe were some of my best from this past year. You may have one or two other favorites, but I think this list is a good representation of what I was thinking this past year. I’ve also included below the list of top CMSWire posts on SharePoint, in which one of my posts is ranked at #9. Very cool! I need to do more with CMSWire in 2018 — I’ve made the top 10 list a couple times now, and I always see great community feedback from their posts. I’m working on a couple items for them right now, in fact.

Oh, and in case you didn’t see the tweets, I *finally* got around to uploading some of my music projects over the years to SoundCloud. This includes my alt-rock band ‘My Cat Jeoffry’ (crap recordings, pulled from an old cassette), my studio project ‘Geli Raubal’ with my friend Dave Madden, and my ongoing project ‘Alan1’ with my former co-worker and good friend Mike Watson and my daughter Audrey, with a couple guest artists thrown in. It also includes a fun “corporate sell-out” song that I did while at Microsoft 10 years ago around our operations standards (“TPKE”). Please check them out!

So here we are in January 2018! Looking forward to some of the fantastic events ahead of us, such as the return of the SharePoint Conference to Las Vegas in May! I’ll be presenting a couple sessions, and will be doing a number of community activities while there, as well, so watch for updates, as always. Thanks!