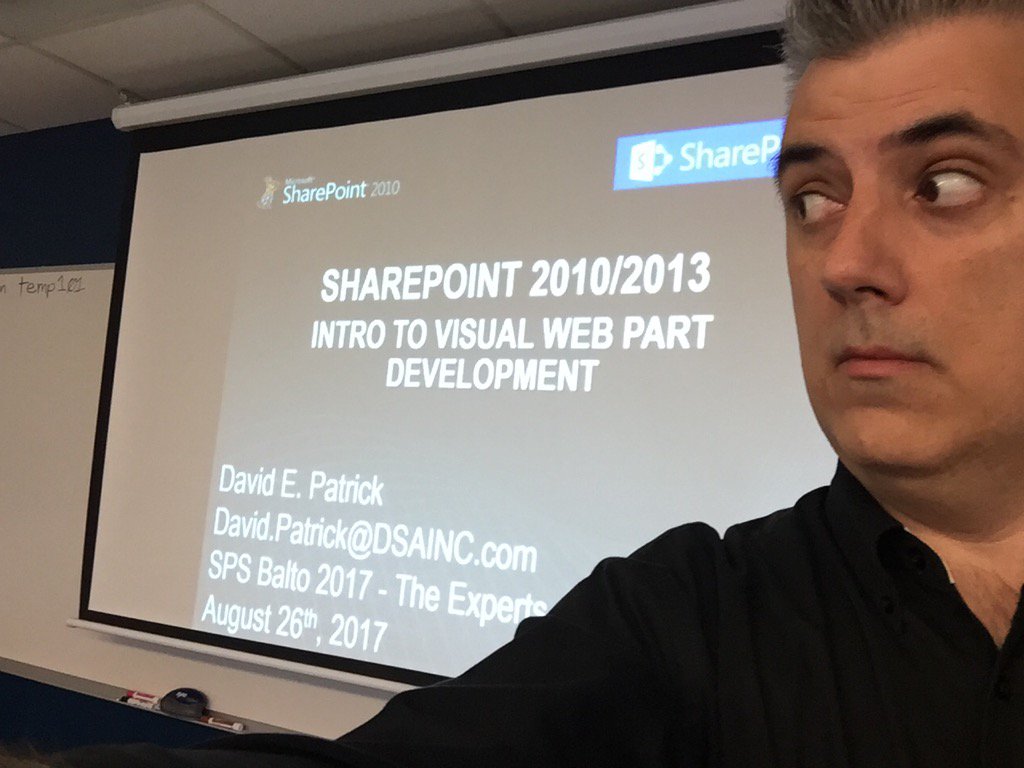 In Episode 23 of the #MVPbuzzChat series, I connected with fellow Office Servers & Services MVP David Patrick (@davidepatrick), a Subject-Matter Expert with DSA, Inc. in Baltimore, MD. David is very active in the SharePoint, SQL, and Azure communities, and helps run several user groups, including www.madsharepoint.com, www.meetup.com/MACEME, and www.meetup.com/Baltimore-Cloud. I always appreciate people like David who spend countless hours (99% of which are usually unpaid) in organizing and managing community activities, often without the recognition they deserve. He has also been involved in SharePoint Saturday Baltimore, which I’ve attended a couple times — and shared with him one of my most memorable road trips when I attended SPS Baltimore while very, very sick. Good times.

In our video conversation, David and I discuss some of the ways that SharePoint continues to help organizations and end users to be more productive, as well as some DevOps topics of extending SharePoint with Azure, Teams, and more, and with his technical background (10+ years working with SQL Server before jumping into SharePoint), he often ventures into topics around SQL, C#, and many of the latest Dev-centric announcements coming out of Microsoft this time of year (near to the Build Conference). But David also points out that the long list of methods for extensibility and integration can be very overwhelming….which can sometimes make moving forward difficult, especially within a large organization. Much of his time is spent experimenting and recommending technologies, and he shares how a lot of his work with a group called Tech-Girls.org and county agencies in which he works with middle-aged girls to investigate STEM programs and Microsoft technologies, which has been a learning experience for him on what is actually usable, and how these young students view the tech, ask questions, and help him understand where there may still be gaps in the technology or in documentation.

Something interesting — David is a “boomerang” MVP, having received an MVP in the Dynamics platform a few years back, but lost it due to inactivity (he stopped working closely with the technology), and has now earned his second MVP award, but his first in the SharePoint community. He gives a nice overview of the Microsoft Connect program, which is relatively new, and recognizes those who are former MVPs and provides important networking opportunities for these people who may not be able to maintain the same level of community activity in the past, but who remain some of Microsoft greatest advocates in the community. It was a smart move by Microsoft to create this program and maintain a solid relationship with the extended MVP community, and as David demonstrates, it is a great way for former MVPs in good standing to ramp back up and earn the award once again. Great discussion!