If you’re interested in Microsoft technologies and are on the technical track, there are two annual events that you need to be aware of: The Insiders Dev Tour, and the Global Office 365 Developer Bootcamp. Here’s a quick post to share some of the details for these events — and an open invitation to anyone to register, or to get directly involved. 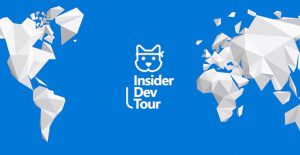 I’ve been a Microsoft MVP since January 2012 and have done my best to help seed the community with various events, from SharePoint Saturday and SharePint networking events, to co-founding the Seattle chapter of the IAMCP. When I became a Microsoft Regional Director this past spring, I made it a personal goal to step things up. Having moved from Seattle to Salt Lake City two years ago, I wanted to do what I could to bring more technology events to the region — specifically, more Microsoft-centric events.

I’ve long had connections to the region: I attended BYU from 1986 to 1989 (I was a bit of a Plastique’s club kid), consulted here for almost a year in 2005 before joining Microsoft in early 2006, and will likely see all 4 of my kids earn their bachelor degrees through local universities. After launching SPS events in Silicon Valley and Los Angeles in 2010, I helped launch SharePoint Saturday Utah at Salt Lake Community College in Sandy in 2011 and ran it for 2 years, handing ownership off to the local user group leaders. I’m now back in the mix for 2019 as lead organizer and local O365/SharePoint user group board member, and we’re moving the event from the University of Utah back to SLCC and the Karen G. Miller Conference Center on February 9th. I also led the inaugural Azure Blockchain Saturday event in September, and will do it again in the spring when Blockchain Saturday Utah returns to SLCC on April 20th. 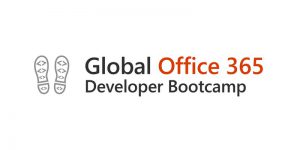 As for the two events mentioned in my intro, these are Microsoft initiatives that I am helping to drive in the region. We were added to the Insiders Dev Tour schedule this spring just over 3 weeks before the global program launch, and we were unable to make it happen in 2018 — but we’ll definitely be on the schedule for 2019. However, we had plenty of time to organize ourselves to lead the Office 365 Developer Bootcamp Utah event, which is happening Friday, November 2nd at Microsoft in Lehi, Utah. Seats are still available for this free, all-day event, so if you or a dev on your team are interested in getting some hands-on training on the latest Office 365 dev topics, please join us!

Register via Meetup for the O365 Dev Bootcamp — and also sign up for the main group to receive notifications for future Insider Dev Tour events in the region.