For #MusicFriday, I thought I’d share 5 of my favorite, and somewhat underrated and under-appreciated albums from the 1980’s. I was very much a “new wave” kid and was lucky enough to have made a good friend (Paul Tribble) in 7th grade who had access to the funds to purchase music and help expand my musical tastes beyond what was available through the radio.

Two quick stories to help convey Paul’s influence on my music tastes: First, I remember one trip to the music store in Alamo, California in the summer of 1984 on the back of Paul’s scooter based on the rumor that the band that would become his all-time favorite, New Order, had released another EP from the album Power, Corruption, and Lies. The import 12″ vinyl was in a nondescript sleeve with minimalist artwork but without the name of the band, amidst a stack of UK imports, and the store owner would not let Paul open it to verify that it was indeed New Order. Paul made the purchase on gut feeling (“It just seems like the kind of cover they would produce”), and was thrilled to find that it was, in fact, the EP he had been waiting for. Second, I was a huge fan of Tones on Tail for about a year when in late 1983 Paul and I caught wind that they would be playing a small club in San Francisco on a limited tour of the US. There was zero chance that I would attend, but Paul somehow made it over to the city and inside the venue…and I believe got into major trouble with his parents (I think he got in trouble for being out late, but had no idea he had ventured all the way into the city and into an 18+ club). But that was Paul. And until he passed away a few years ago, he and I regularly connected and discussed new and old music favorites, and complained about how much crap music continues to get pumped onto the airwaves.

Now, before I start on this list, understand that this is NOT a top album list, or even my all-time favorite albums. I currently own hundreds of vinyl records and thousands of CD (which my wife really wants me to get rid of) and have music playing pretty much all day, every day. These are just 5 albums that played a significant role in the shaping of my music personality, and would love for more people to give them a listen.

Ok, here’s my list of 5 under-appreciated 80’s albums that had maximum impact on me, in random order: 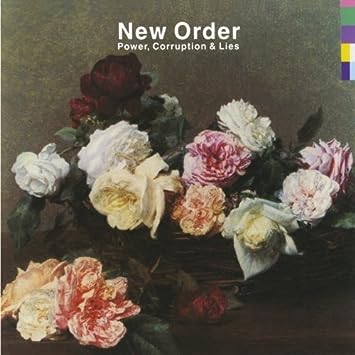 [New Order]. There’s a reason why I shared that story with Paul. I like their predecessor, Joy Division, but I absolutely love New Order. I’m also a fan of the various spin-off projects, especially those with bassist Peter Hook, such as Revenge and Monaco, and Bernard Sumner‘s Electronic (with Johnny Marr). What sets Power, Corruption and Lies apart is that it was a departure from the post-punk or Joy Division and their first album, Movement, which included songs and sounds from their former band. PC&L is stark, atmospheric, and beautiful in its simplistic synthesizer stylings. The cassette version included two of my favorite New Order songs — the epic “Blue Monday” which became one of the most memorable new wave hits of the 80’s, and club instrumental favorite “The Beach” that was included in the double-CD collection Substance. Their 3rd studio album, Low-Life, was more successful and is an excellent album, and the following Brotherhood is where they really broke into the mainstream, but for me, PC&L set the tone for the next several albums and was where the band truly shaped their sound. Listen on Spotify

So Red The Rose 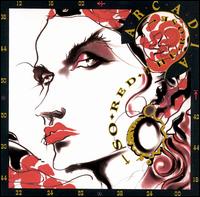 [Arcadia]. At the height of Duran Duran‘s success toward the end of 1984 — they took a break. Guitarist Andy Taylor and bassist John Taylor joined forces with Robert Palmer and ex-Chic drummer Tony Thompson to form The Power Station, which found massive success with singles “Some Like It Hot” and “Get It One (Bang a Gong).” In the meantime, remaining Duran Duran members Simon Le Bon, Roger Taylor, and Nick Rhodes formed Arcadia and released their one studio album, So Red The Rose in early 1985. While finding some commercial success with the album (#23 in the US, #30 in the UK) and their first single “Election Day” (#6 US, #7 UK), subsequent singles did not perform as well. However, this is one of my all-time favorite albums, and the videos are incredibly beautiful and imaginative (and cost the studio a ton of money). IMO, So Red The Rose was Nick’s masterpiece as it clearly embodied his layered synthesizer sound. I love that Simon Le Bon called it “the most pretentious album ever made.” That said, if you’re a fan of Duran Duran from the Seven and the Ragged Tiger era, you’ll love this album. 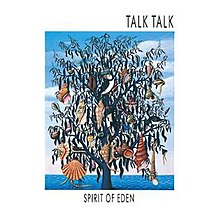 [Talk Talk]. I have this album playing in the background right now, and it was the inspiration for the list. In fact, I was out walking the dogs today with Talk Talk playing on my phone, so it’s been a Talk Talk kind of day. They were another band introduced to me by my friend Paul. Talk Talk started out more or less a pop band for their first two studio albums, with 1982’s The Party’s Over being one of the very first cassettes I purchased with my own money. The follow up, It’s My Life, with the single of the same name, got a ton of airplay back in 1984, but their 3rd album The Colour Of Spring found mainstream success with two hits in “Life’s What You Make It” and “Give It Up,” the latter of which showed some indication of their future direction. Some people disliked the voice of the late lead singer Mark Hollis’ voice (he passed away in early 2019), which had a distinctive nasally tone, but IMO, as the band moved from the pop scene into a more ambient, artsy, and esoteric sound, his haunting and minimalist vocal style grew on you. Spirit of Eden was their fourth studio effort that took 14 months to produce, and is just a beautiful album that highlights the band’s creative ability. 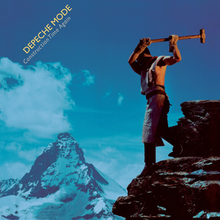 [Depeche Mode]. I remember purchasing a cassette compilation from Alpha Beta grocery store in Danville, California sometime in late 1982 that included Billy Idol‘s “Hot in the City,” The Waitresses “I Know What Boys Like,” and Depeche Mode’s “New Life” from their first album, Speak & Spell. I have been a DM fan ever since, and their 3rd album, 1983’s Construction Time Again, has always been my favorite. While their 4th album Some Great Reward yielded more hits (“People Are People,” “Master and Servant,” and “Blasphemous Rumours“), Construction Time Again is just an iconic album where DM hits their stride after founding member and primary songwriter Vince Clarke left the band to form Yaz (Yazoo) with Alison Moyet, and then to The Assembly, and finally with Erasure, leaving Martin Gore at the helm. At this time, Gore, Andrew Fletcher, and singer David Gahan were joined by Alan Wilder, who penned my personal favorite “Two Minute Warning” and added a certain amount of texture to the band, helping to mature and refine their sound from the 2nd album, A Broken Frame. It was their 3rd studio album, Construction Time Again, where the band really grew into their sound, with hits “Everything Counts” and “Love In Itself.”  More than any band that I know of, DM has mastered the art of the extended play (EP) remix, and they started to properly explore this direction with their 3rd album. This album is one that reminds me of a certain time and location of my life. The tape was in regular rotation for me, and in 1984 to 1986 I was living near Placerville, California, about 45 minutes away from South Lake Tahoe, and that music reminds me of cycling the back roads of the Sierra Nevada mountains, and of road trips with friends to Tahoe. [Peter Murphy]. The first vinyl album I ever purchased was Press The Eject And Give Me The Tape by Bauhaus in December of 1983 (if memory serves me), a few months after they had broken up. I had some of their songs on cassette, but at the time was more of a fan of Tones on Tail, but I knew who Peter Murphy was. When his first solo album came out, Should The World Fail To Fall Apart, in 1986, I remember hearing a couple of the singles (“Final Solution” and “Blue Heart“) but the album just didn’t click with me. However, when his 2nd studio album, Love Hysteria, was released in 1988 during my sophomore year in college, I was transfixed by the sound — and became a major collector of all-things Peter Murphy. This album, with its singles “All Night Long,” “Indigo Eyes,” and my personal favorite “Blind Sublime” are atmospheric, otherworldly, and incredibly catchy pop songs that made me his #1 fan. Most people know him from his hit album Deep from 1989, with the single “Cuts You Up” reaching #1 on the US Modern Rock chart.  I’ve met him a couple times, including going backstage once for his Holy Smoke tour, and have every incarnation of every single and album, poster, and a sizeable t-shirt collection. I was also able to have a short conversation with Murphy’s collaborator for several albums, Paul Statham, who was part of obscure 80’s band B-Movie who had one minor hit with “Nowhere Girl.” If you’ve never listened to Peter Murphy, start with this album. I’m also a fan of his 2006 album Unshattered, which is much more mainstream than his other efforts. Check out “The Weight of Love” and “Breaking No One’s Heaven.”

There are so many other albums and artists that shaped me musically — Psychedelic Furs, David Sylvian, The Cure, Oingo Boingo, Duran Duran, Eurythmics, Cocteau Twins, INXS, Love and Rockets, OMD, Ultravox, Pixies, David Bowie, Brian Eno, REM, Blow Monkeys, Siouxsie and the Banshees, The Smiths, Thompson Twins, Dead Can Dance, and many more — but there’s always time and room for another list. I’ll do this again some day.

And here are all five albums on a Spotify playlist, for easy consumption: