10 Albums That Influenced Me

If you’ve spent more than 5 minutes on Facebook then you’ve seen the “challenges” floating around for people to share 10 albums that have influenced their musical tastes, sharing one album per day over 10 days…and each time challenging 1 new person to do the same. I generally ignore these challenges, but then a friend from junior high school days, Eric Hedman, challenged me and I thought I’d respond. Eric introduced me to The Smiths back in 1984, so I figure I owe him ;-). But instead of spamming the world through my FB feed, I thought I’d post my list here, adding a bit more detail to each entry as part of a #MusicFriday addition to my blog.

One of the earliest cassette tapes I purchased (at Bill’s Drugs in Danville, California) was a mix tape that included songs by Depeche Mode, The Waitresses, Billy Idol, and Haircut 100 that I listened to over and over with my Sony Walkman. When I moved from the Bay Area to Placerville, California in 1984, my good friend Paul Tribble made mix tapes for me and copied albums from Talk Talk, Siouxsie and the Banshees, The Smiths, The Cure, Depeche Mode, and of course (if you knew Paul) New Order. So much of that music shaped my teen years and are still a part of my life to this day. Always happy to share.

So here is my list of 10 albums that influenced me. Of course, there were far more than 10 that influenced my music tastes over the years, but I believe these 10 albums best represent my tastes and extensive cd, cassette, and vinyl collection (which I shared here). I’ve arranged them by release date: 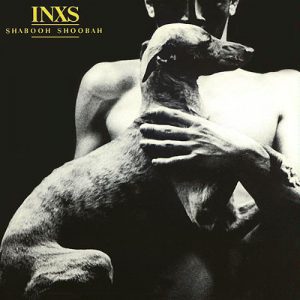 (Released October 1982) I was a huge fan of INXS since hearing the single ‘The One Thing‘ on the radio. From that point forward, they were a staple of my collection, with my friend Paul supplying me with copies of their first two albums (the eponymous INXS, and Underneath the Colours) on one of those cheap TDK cassettes. Around this time I started getting into some ska music (English Beat, Crazy 8s), as well, and INXS was a great bridge between that and the “new romantic” music I was already listening to. 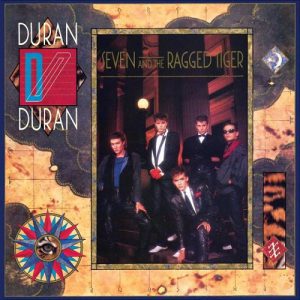 (Released November 1983) Already a fan of Duran Duran, when the single ‘The Reflex‘ hit the radio, I became a Duranie. The only album that better defines my music tastes would be So Red The Rose by Arcadia, which was a spinoff with singer Simon Le Bon, keyboardist Nick Rhodes, and drummer Roger Taylor while DD guitarist Andy Taylor and bassist John Taylor were off with Robert Palmer and their Power Station side project. Seven and the Ragged Tiger was DD at the top of their game (of their first phase). 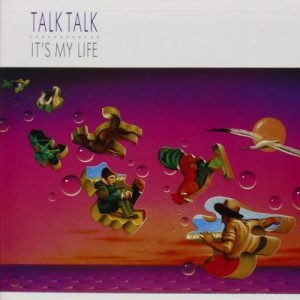 (Released February 1984) The band never achieved cult status in the US, but for me, Talk Talk and the haunting vocals of Mark Hollis were an important part of my teen years. While I loved the pop / new wave structures of their first two albums (The Party’s Over and It’s My Life), the band started moving into the artsy / minimalistic scene in their later albums, which helped me appreciate some of the more esoteric bands of the late 1980s and beyond. I credit Talk Talk’s evolution with helping me to appreciate some of the “new age” music on the 4AD label and associated acts. 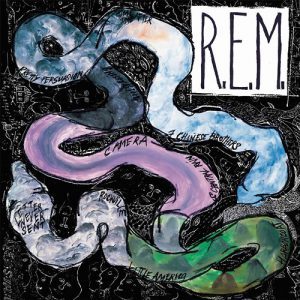 (Released April 1984) I still have echoes of this album running through my head. Most of my favorite bands over the years have been UK-based, but R.E.M. is very much part of Americana, in my mind. Few bands better epitomize college radio than this band, and Reckoning was the album that made me a fan. Because of them, I discovered other bands in the guitar-driven  “jangly pop” and “indie” categories such as Robyn Hitchcock, the Judybats, and even the jangly side of the “emo” movement, like The Anniversary, who created one of the most perfect albums ever made (which almost made this top 10 list) called ‘Your Majesty.‘ 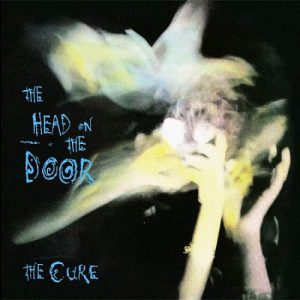 The Head On The Door – The Cure

(Released August 1985) Already a fan of The Cure since the album Pornography, the album The Head on the Door was the breakthrough for me, together with the follow up compilation Standing On A Beach helping to make me a fan of their earlier work, and introducing me to all of their amazing b-sides. I started collecting their 12″ and 7″ singles that fall, had much of it stolen in summer 1987, but was able to rebuild most of that collection over the years (thank you eBay), including side projects like Cult Hero and The Glove, with Siouxsie and the Banshees bassist Steve Severin. Singer Robert Smith filled in a couple times for Siouxsie and the Banshees on tour and one album, which influenced me to add more Siouxsie and The Creatures to my collection, and was a gateway into some of the goth and industrial bands, such as Xmal Deutschland, Clan of Xymox, and Front 242. 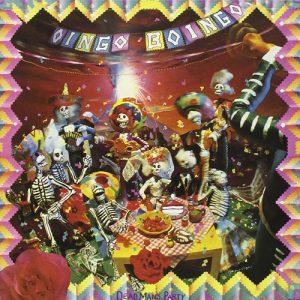 (Released October 1985) I was listening to an Oingo Boingo playlist most of last week, and can’t believe how long ago this masterpiece was released. I was introduced to the band back in 7th grade (that was 1982, people) when a classmate (JJ Valera) purchased the new album Nothing to Fear and brought it to spanish class, for some reason. At my school in Northern California, the band was associated with the skate / surf crowd and was still fairly underground. I got into them on their 3rd album, Good For Your Soul, but it was the inclusion of the song Weird Science in the soundtrack for the movie of the same name that got me hooked, and they became a staple of my collection. I really really wanted some horns in a couple of the bands I sang for, but we could never make that a reality. Lead singer Danny Elfman went on to become a prolific composer for films (Batman, Men in Black, Nightmare Before Christmas) and television (Simpsons, The Flash, Pee-wee’s Playhouse).

(Released September 1986) While I tell people that Love and Rockets precursor Tones on Tail is my favorite incarnation of all of the different Daniel Ash music projects (which include Bauhaus, Tones on Tail, Love and Rockets, his solo work, and Poptone), the album Express is a defining album for me and my musical taste. Their eponymous first album was a departure from the raw bleakness of Bauhaus, and an intentional infusion of light, but Express is where the band came into their own and just made some amazing music.  When I make a mix of 80’s music for people, the first song I add is almost always It Could Be Sunshine which has a distinctive L&R sound that is edgy, eclectic, and hypnotic. Absolutely love this album. It never gets old. 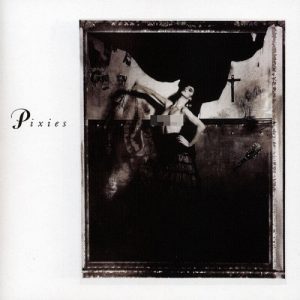 (Released March 1988) I was browsing the bins at Salamander Records in Provo, Utah in early summer of 1988, attending spring and summer term at BYU, and had been listening to a lot of Ultravox / Midge Ure, Depeche Mode, and Alphaville but was burned out on synth. Chatting with the owner, Sue, she asked if I had heard the new Pixies album Surfer Rosa. I had heard someone mention the band in passing, but had never heard their music, so she popped on a record in the store. Freaking. Loved. It. Purchased the cassette and I can honestly say that it changed my life, musically, giving me an appreciation for guitar-driven music with a harder sound. Overall, my favorite Pixies album is Trompe Le Monde, but Surfer Rosa was the one that moved me more toward rock music. A couple years later, I sang in a band (My Cat Jeoffry) that was often compared to Bush or Soundgarden, which both pointed to Pixies as a heavy influence. I was never a fan of grunge, but there were quite a few bands in the category, as well as in the emo space (like Sunny Day Real Estate), that were clearly influenced by Pixies. 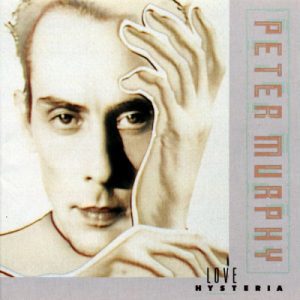 (Released March 1988) Speaking of Bauhaus, the first vinyl album I ever purchased was at Tower Records across from the Sunrise Mall in Sacramento. It was the recently released Press The Eject and Give Me the Tape. My friend Paul had been a fan of the band, and I liked a few of their songs, but something about this iconic cover intrigued me, and so I bought the album, but then became more or a fan of the Daniel Ash spinoffs (Tones on Tail and Love and Rockets) than Bauhaus. When former lead-singer Peter Murphy released his first solo album, I heard it but it just didn’t grab me. With his second studio album, however, I became enthralled. His partnership with B-Movie keyboardist and songwriter Paul Statham created some of my favorite music of all-time, with Murphy becoming my favorite singer. In fact, if you ask my wife what kind of music I like, her response will inevitably be “Peter Murphy and Duran Duran.” This album is beautifully written and produced, and is where he “found” his sound. Murphy is the one artist where I collect anything and everything he creates. 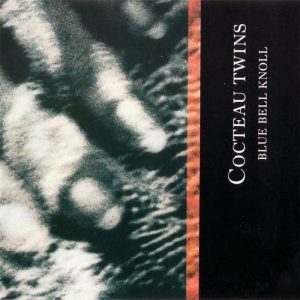 (Released September 1988) I first heard Cocteau Twins in the dorms at BYU in 1986 and really liked the goth undertones and fuzzy, layered-yet-melodic guitars from their 3rd (Treasure), and 4th (Victorialand) albums, but was not a fan of their earlier work, like their first album (Garlands) as it was too dark and foreboding (but I love it all now). I had a good friend in the dorms (Andrew Yerkes) who was a fan and introduced me to their catalog, and to the 4AD family of artists. But when Blue Bell Knoll was released my junior year, I was entranced by Elizabeth Fraser‘s unique vocals in combination with Robin Guthrie‘s guitars and Simon Raymonde‘s bass. Because of this album, I explored more of the 4AD catalog and became a massive fan of bands like Dead Can Dance, Harold Budd, Throwing Muses, Gus Gus, Dif Juz, This Mortal Coil, and Lush. If you are looking for great music for a cold, dark, rainy day, then spin up some Cocteau Twins.

That’s my top 10 list. However, I would be remiss if I did not make a Spinal Tap reference and take this list to 11 with one more influential album: 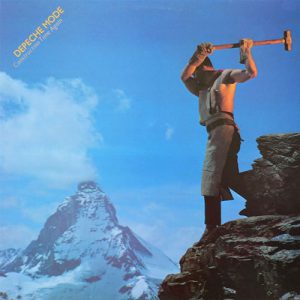 (Released August 1983) Another staple of my music collection since I was 12 years old with that drug store cassette compilation (which included the song New Life), Depeche Mode continues to be one of my favorite bands of all-time. And while I love many of their albums, Construction Time Again is where the band really “clicked” with me, and reminds me of specific people and places. When I was doing a lot of cycling on the logging roads around Placerville in California’s gold country (I lived out in Pleasant Valley), I often had this album playing in my Walkman. Every time I visit South Lake Tahoe, this is the album I listen to.