Following this morning’s #CollabTalk TweetJam during which the community discussed “Takeaways from the M365 Virtual Marathon” I was able to connect with 3 of the event organizers and get some details straight from the horse’s mouth. You can read more about the tweetjam on the blog post, which, as always, included a stellar panel of MVPs, RDs, and community experts joining together for online discussion via Twitter and the #CollabTalk hashtag. These conversations fly by at a furious pace, but always deliver a wealth of information and best practices, no matter what the topic. This month was no exception, and it was great to catch up with the #M365VM organizers for more of a deep dive.

Today, I was joined by my good friends and fellow Office Apps & Services MVPs Jeff Willinger (@jwillie), Ryan Schouten (@ShrPntKnight), and Joel Oleson (@joeloleson) following the tweetjam, and while the conversation was still fresh in everyone’s minds. You can watch the entire discussion on the CollabTalk YouTube channel below:

Thank you again to our ongoing tweetjam sponsor tyGraph (@tyGraphTweets) and the amazing stats that they provide. If you are planning an event and would like to include similar stats, please contact them!

Speaking of stats, as you can see below, the final tally for today’s event was 254 tweets, with 1.64 million impressions, and almost 163k people reached in our 1-hour community discussion: 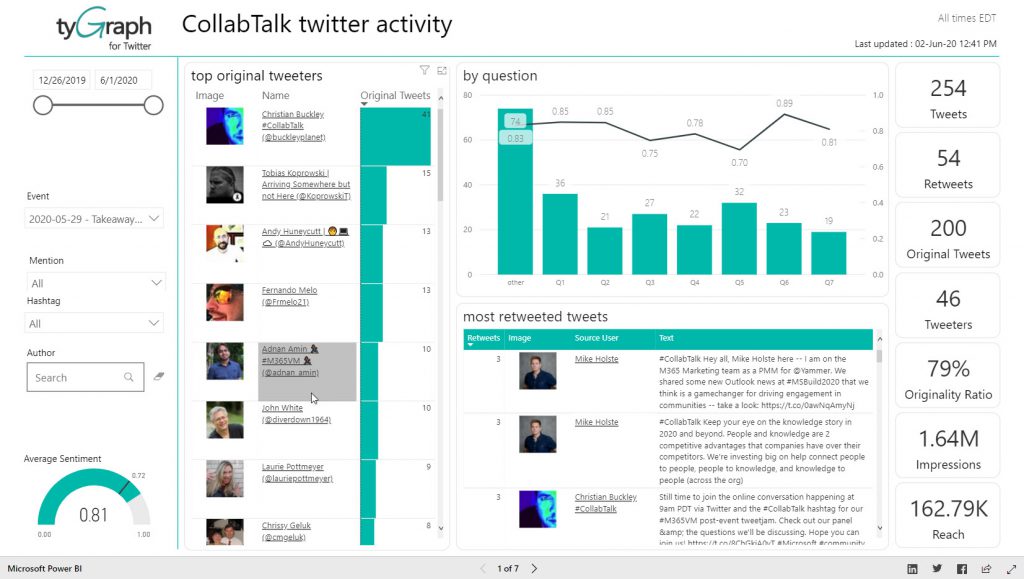 It’s great to see so many familiar faces on these tweetjams, as well as a handful of new faces. It’s also great to see people leveraging various hashtags to extend the reach of their tweets, with #M365VM, #MSBuild, #ProjectCortex, #MicrosoftTeams, and #MicrosoftLists rounding out our top 5. 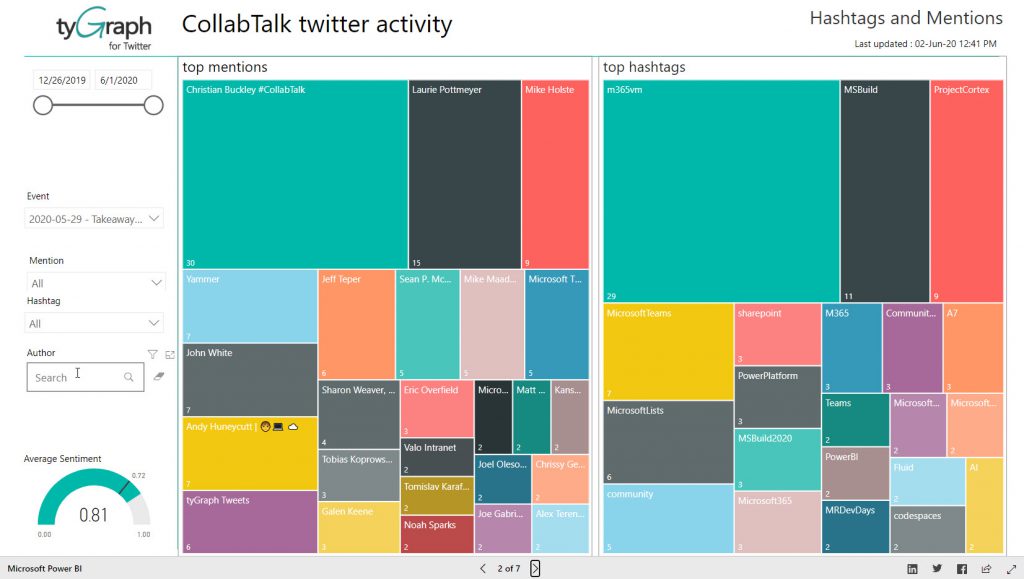 These events also have a global reach, with some participation this month from eastern Africa and even Japan! 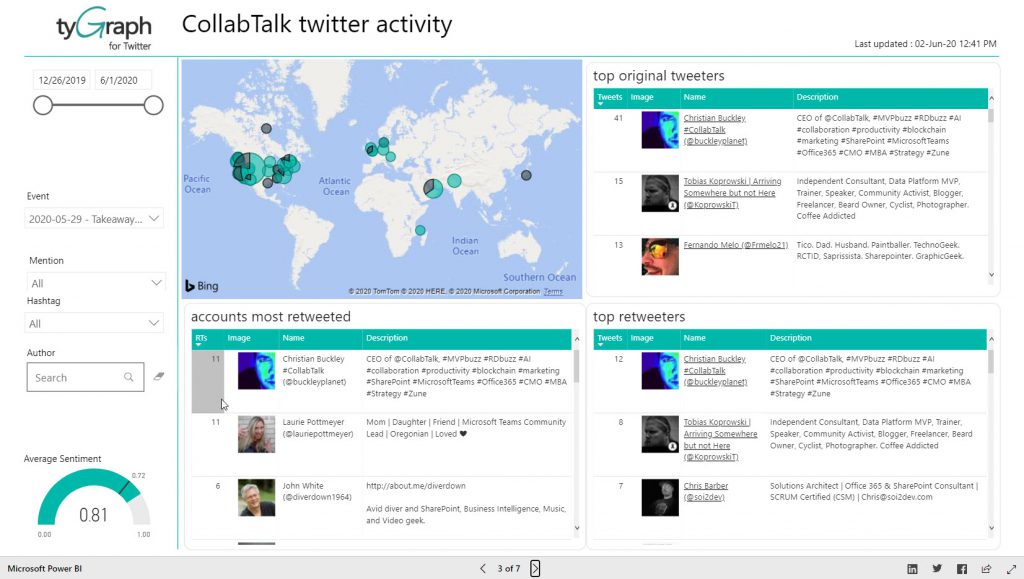 Finally, it is interesting to review the sentiment analysis in tyGraph around each question to add another dimension to the responses from the community. On the last page of the stats, tyGraph also provides a listing of all of the tweets and retweets throughout the entire event, allowing me to dig through the sentiment and look at the actual tweets sent to better understand what is driving this data.

If you’re interested in learning more about the takeaways from #MSBuild and #M365VM from participating members of the community, be sure to read through the tweets from today’s event on the last page of the tyGraph stats and follow those who you connect with. You can also compare these with the stat captured by tyGraph for the #M365VM event here. One interesting stat: the #M365VM event had 2,086 tweets (using their hashtag) with 3.35 million impressions across the 36-hour event, while the #CollabTalk had half the impressions (1.64 million) but in a single hour! Wow.

Looking forward to the next #CollabTalk TweetJam on Tuesday, June  30th at 9am PDT as the community will rejoin to discuss Microsoft Teams. Should be an amazing conversation, so don’t miss it!