A rule I learned back near the beginning on my technology career has proven to be true time and time again: the easier something is on the front-end, the more complex it is on the back-end. Nothing is ever as turn-key as the marketing magic that sold you on the solution. Now, having said that, many enterprise applications have made huge strides in making the back-office as visually pleasing and easy to navigate as the front-end….as long as you stay within the boundaries of several defined use cases. 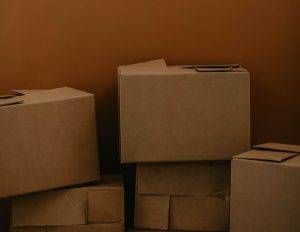 Photo by Kadarius Seegars on Unsplash

The problem with end-users is that they adapt so quickly to any app, system, or tool you hand them. Then they come back wanting more. Make it faster. Make it do more. Make everything work together, with a holographic screen and a telepathic interface that knows what I need before I know I need it, and then does it for me in the background without interrupting my game of Minesweeper (only a slight exaggeration). Every system I’ve ever deployed has quickly been brought to its proverbial knees as end users learn, then master its initial capabilities — and then stretch it beyond its initial design.

Going back through my history, I’ve “broken” programs. I’ve had technical support calls after trying to do some things that uncovered undocumented (or poorly documented) limitations of apps. And for those who have worked with SharePoint for a few years, we all have stories of trying to take our systems beyond what we knew was possible. I’m sure everyone who counts themselves as part of the information worker community has experienced this. It’s what drives product companies. And then there’s the fact that our technology is getting better, faster, smaller – requiring changes to our apps so that they work better, faster, more efficiently. People inherently understand this, I think.

And yet somehow we think that managing all of our tools and systems is going to be out-of-the-box. I recall a conversation with a lead engineer from the Microsoft Systems Center team, discussing some of the activities of his organization. He shared how Microsoft monitors reported issues and ranks them based on number of customers impacted and severity of impact (makes me think of that scene from Fight Club as the narrator shares the logic that decides whether his company, a major car company, launches a recall effort….but I digress), and then provides regular updates (daily, weekly, monthly) with hot fixes. The point is that their work is never done – it is an ongoing effort, identifying consumer issues and needs, fixing things, adding, finding new ways to do it better.