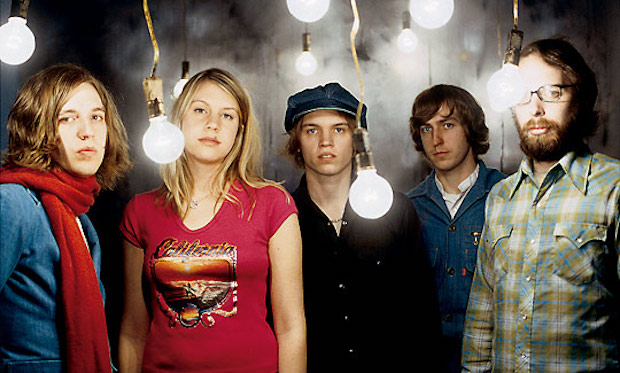 Formed in 1997 in Kansas, The Anniversary was an indie / emo pop band consisting of guitarists/singers Josh Berwanger and Justin Roelofs, keyboardist/singer Adrianna Verhoven, bassist James David, and drummer Christian Jankowski. I first heard them in 2000 as I was starting to get into some of the emo bands in the late 90s and early 2000s, and they quickly became one of my favorites. Unfortunately, after 2 full length albums, a compilation of b-sides, and a string of singles, the band broke up in 2004, forming several other projects, including The Only Children, White Flight, Extra Classic, and Berwanger.  In 2016, the band reunited (with Ricky Salthouse replacing Roelofs) for a music festival in California and later in the year for a reunion tour. As of 2020, the band is reportedly back together, and we’re awaiting new music.

While they don’t have a long musical history, The Anniversary had a huge impact on my music listening at the start of the century, and I thought I’d share some of my favorites in this week’s Blue Plate Special. Enjoy!

Never Die Young, from the album Your Majesty (2002)

I love this song. I can listen to it over and over and over and never get tired of it. Well, I’m sure there’s a limit, but I absolutely love this. Definitely more of a rock album than their first album, but also more polished and mature.

D in Detroit, from the album Designing a Nervous Breakdown (2000)

This single appeared on a few compilations, and was a crowd-pleaser as they started touring with the Get Up Kids in early 2000.

With 5 solo albums under his belt, guitarist and singer Josh Berwanger has continued making music between Anniversary breakup, reunion, and various side gigs, with his first album under his full name, and subsequent albums under simply ‘Berwanger’ leading up to this, his most recent single.

Peace, Pain and Regret, from the album Your Majesty (2002)

The band’s second album was a slight departure from the emo sound of their first album, but all of the components were there. I put this album, Your Majesty, in my top 20 albums of all time. It is almost perfect from end to end, and this song really demonstrates their songwriting capabilities.

All Things Ordinary, from the album Designing a Nervous Breakdown (2000)

My first introduction to the band in 2000 was this song, shares (I think) by my brother in law Dave. I can’t remember, but at the time I was starting to listen to a number of retro-80’s sounding emo and indie bands, like Sunny Day Real Estate, The Get Up Kids, and The New Pornographers. Great way to kick off an album, and I was hooked.

Husam Husam, from the album Your Majesty (2002)

My favorite from their 2 albums is by far Husam Husam. Love the dual guitar intro into a simple slow rock and harmonies and keyboards that build into the chorus. Just an amazing song.