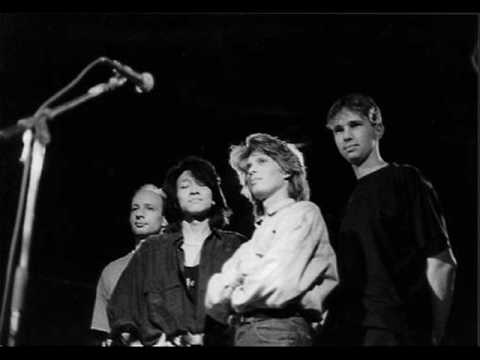 In 1989 while on a road trip to visit friends in the San Francisco bay area, I was listening to Live 105 and first heard the single ‘A Mirage’ by a band from the Netherlands called The Essence. Labeled as a goth rock (I hate that label) and dark wave band (the moodier version of new wave), some of their singles are often mistaken for songs by The Cure, understandably. Lead singer and guitarist Hans Diener sometimes sounds like Cure front-man Robert Smith, and many of the bands’ melodies and basslines sound similar. But The Essence have a unique jangly pop vibe, and later albums sound even more distinct. Formed in 1984, the band produced 5 studio albums and 9 singles and have been rumored to be working on new content since 2006, but they are actively touring with new shows planned for October 2022. You can read more about the band on AllMusic.

Here are some of my favorites:

From their second studio album A Monument of Trust, this is the song that started it all for me, and led to me tracking down and collecting most of their single and rare pressings. From this song you can see where the Cure comparisons come from, but honestly, lead singer Hans looks more like a young Echo and the Bunnymen front-man Ian McCulloch with bigger hair.

This is a single from their first studio album, Purity, and is more pop-oriented and jangly than other singles, and is more akin musically to bands like Orange Juice or Aztec Camera.

While their third studio album, Ecstasy, was released in 1988, the singles ‘Only For You’ and ‘Like Christ’ were not promoted until 1990, probably to help support the run-up to their next album in 1991. I remember when both of these singles hit the stores, and I was able to secure both (cd singles and vinyl) while living in Sacramento. Once again shunning the “dark wave” label and producing music that is light, bright, and colorful.

Another great song from my favorite Essence album, A Monument of Trust, it once again highlights Han’s love of the delay pedal effect. Simple guitar playing, but it adds volume to the song.

One more from the band’s first album, I thought this was a great song to wrap up this list, with Hans’ delay effect added to a more alt-rock guitar layer.