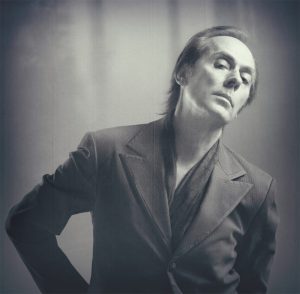 In 1984, I purchased my first Bauhaus album: ‘Press The Eject And Give Me The Tape‘. I had copies of ‘In The Flat Field‘ and ‘Mask‘ from my good friend Paul, who always seemed to have money for music. But this was my first purchase in what has been a long history of collecting from the band, as well as side projects and spinoffs from the band members, including Tones on Tail, Love and Rockets, Dalis Car, Jazz Butcher, and even the Sinister Ducks single. While I am a huge fan of guitarist Daniel Ash, it was the solo path of lead singer Peter Murphy that was at the center of my collection. My collection is vast, from cd’s and vinyl to posters, t-shirts, buttons, hand flyers, and even a reel-to-reel copy of his single ‘All Night Long’ of which I have never been able to listen. And yet it is part of my collection.

If you are familiar with Peter’s work, you can check out his website here.

For this musical expedition, I thought I would rank each of his studio albums from least favorite to favorite. There are gems on every album, but I definitely have my favorites. Enjoy! 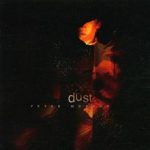 If you put together a list, one of them has to be at the bottom. For me, this is Dust, his 6th studio album. Of course there are songs that I really enjoy, but overall this album was, for me, the greatest departure from the music that I love. This was a project with Turkish musician Mercan Dade, with traditional instruments and a more trance and middle eastern music flavor. Highlights for me are ‘Things to Remember’ and the beautiful ‘Girlchild Aglow.’ If you enjoy this album, you should also check out his live album ‘aLive Just For Love’ (2001) which was done as an acoustic set with Canadian violinist Hugh Marsh and guitarist Peter DiStephano from Porno for Pyros. 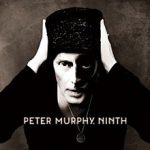 After a 7-year hiatus and a brief Bauhaus reunion, Peter returned to his artsy rock sound with his 8th studio album, Ninth (which was his ninth solo album, hence the name). This followed the release of a new Bauhaus album, ‘Go Away White,’ which definitely had an influence on the songs for this album. I really like the album, but for me the lyrics are a bit more pretentious than his other works, and overall it’s just not as memorable an album as others. I do like the lead single ‘I Spit Roses’ but my favorites on this album are ‘Memory Go’ and the crunching guitar on ‘Uneven & Brittle.’ 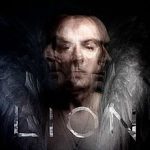 For his 9th studio album, Peter joined forces with producer and Killing Joke bassist Youth to create the album Lion, which, like Ninth before it, includes a harder rock edge but also leverages synths and effects to create a heavy and modern sound. I think this is a much better album lyrically than Ninth, with outstanding tracks like ‘Hang Up’ and ‘Low Tar Stars.’ My favorites, however, are the amazing songs ‘The Rose’ and ‘Loctaine.’ If you like this album, I also highly recommend the Remixes from Lion album released in 2015 containing a number of Youth remixes and a couple of new songs. It is stellar. I prefer this to the main album, in fact. Especially the remix of Loctaine. 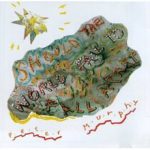 His debut album as a solo artist, including appearances from guitarists L. Howard Hughes and John McGeoch (from Magazine and Siouxsie and the Banshees). Hughes was a member of the band the Associates (I own many of their singles) and co-wrote and co-produced much of the album. The album has a very sparse sound, partly due to the production, but also in Murphy’s desire to differentiate himself from the Bauhaus sound. The main criticism for the album at the time was Murphy’s theatrical delivery of his songs, but for fans, that is just the Murphy sound that we all love. Standouts for me include ‘Final Solution’ (a Pere Ubu cover) and ‘God Sends.’ 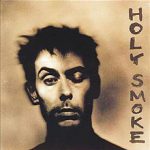 As a follow-up to his hugely successful Deep, Murphy released his 4th studio album, Holy Smoke. While it did not do as well commercially, the album did have a #2 Modern Rock track in ‘The Sweetest Drop.’ The album continued much of the same vibe as Deep, but with the rise of the grunge scene, it did not get as much radio play as it should have at the time. The album is beautifully rich and sophisticated and is an exercise in sonic storytelling. The first song, ‘Keep Me From Harm’ borrows some of the same feeling and sounds as were used on his Love Hysteria album, but again, with a more mature production. Standouts for me are the more rock-focused ‘You’re So Close,’ the Bauhaus-esque ‘Low Room,’ and the softer ‘Our Secret Garden.’ 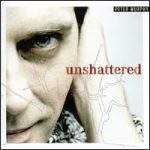 After Dust, Murphy again joined forces with Paul Statham (B-Movie, Peach Union) to collaborate on his 7th studio album, Unshattered. It includes contributions from various musicians, including Jane’s Addiction members Stephen Perkins and Eric Avery, Porno for Pyros guitarist Peter DiStefano, former Bauhaus drummer Kevin Haskins and Canadian composer Ned Bouhalassa. In my mind, this is an underrated album, and other fans may be shocked to see it this high on the list. With Unshattered, Murphy returned from his Turkish music foray back into the alt-rock that made him famous. It is a bit more ‘adult contemporary’ than other albums, but has some excellent songwriting and melodies, including one of now favorite Murphy songs, ‘The Weight of Love.’ Other standouts include ‘Give What He’s Got’ and ‘Breaking No One’s Heaven.’ 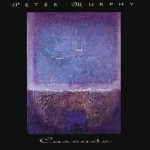 In some ways, Cascade feels like the end of an era in Murphy’s career. For his 5th studio album, Murphy ventured out without his backing band, The Hundred Men, who disbanded after the Holy Smoke tour, but still features his chief collaborator and co-writer, Paul Statham. From beginning to end, this album is layered and energetic and fits right in with the 4 studio albums before it. While the lead single ‘The Scarlet Thing In You’ got some radio play and critical attention, for me the standouts on the album are the synth-heavy ‘Subway,’ the perfection of ‘I’ll Fall With Your Knife’ and the alt-rock sound of ‘Disappearing’ with its wailing guitars, and which is the only track Murphy penned on his own for this album.

For his 3rd studio album, Deep, Murphy hit gold with the single ‘Cuts You Up’ reaching #1 in the US charts in 1990. Another collaboration with Paul Statham and backed by his band The Hundred Men, the two other singles also charted, with ‘The Line Between The Devil’s Teeth’ reaching 18 and ‘A strange Kind of Love’ reaching 21 on the Modern Rock charts. Deep was Murphy’s strongest commercial success, and was followed by a very successful tour. This is one of those albums where every song is excellent. Aside from the singles, my personal favorites are ‘Shy’ (which I have never seen him perform live, sadly), ‘Crystal Wrists,’ and ‘Marlene Dietrich’s Favourite Poem.’ End to end, just a stellar album. 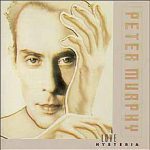 For me, perfection in an album was reached with his 2nd studio album, Love Hysteria. Atmospheric, multi-layered, and melody-infused, the album was largely written by his oft-collaborator Paul Statham, and was the first album to feature his backing band, The Hundred Men, consisting of Statham on keyboards, Pete Bonas on guitar, Eddie Branch on Bass, and Terl Bryant on drums. Overall, it’s a very upbeat, elegant and even Bowie-esque album with its singles ‘Indigo Eyes,’ ‘All Night Long,’ and ‘Blind Sublime.’ My two favorites are the bright and iridescent ‘Dragnet Drag’ and the piano-infused love song ‘My Last Two Weeks’. Overall, my favorite Peter Murphy album of all time, and a necessary starting place for anyone exploring his music catalog.